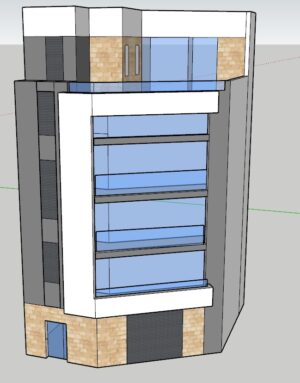 As most of you know, and some attended in person, the CSAC has held its AGM on the 27th of May 2022.

During the meeting, the President of the Club, Mr. Mario Gauci gave an overview of the club’s activities over the past two years (in view of the AGMs of 2020 and 2021 not having been held due to the Pandemic). The attendees were also briefed about the club’s diving activities as well as its financial position, which gladly, is very healthy.

The attendees were also briefed about the status of the Club’s new premises. Following a lengthy explanation about the road (and bumps) taken to today’s situation, the club President was happy to announce that the project is currently undergoing with significant advancement.

Following the purchased premises demolition, which was taken care of by the ground floor landowner, the third party ground floor and underlying area has been excavated and re-constructed, and soon additional construction is expected to continue that will result in the building of the club’s two levels, one of which in the future may be rented out to generate a regular income for the club.

The construction of the club’s levels has been agreed to be paid out through a barter system with the ground floor landowner through which an additional level that had been in the club’s approved plans was exchanged against demolition and construction costs. This agreement has  resulted in an additional saving for the club from its original planned costs.

Whilst additional discussion and work is needed to see the project move to a more “physical” appearance, the committee has invited members to get in touch if they are willing to assist or join the sub-committee in charge of the project to help planning the next steps following construction, identify opportunities and challenges, and decide on internal layouts, finishing and furnishing.

Furthermore, during the AGM the former committee has retained its members and added additional members. Following the first reconvened committee meeting, held on Thursday the 16th of June 2022, the committee members have taken their roles as follows:

The committee’s main plans as identified during the committee meeting are as follows:

Thanks for your support,