Navigation:
Outside of Bahar ic-Caghaq

Dangers:
To be confirmed

The vessel was built by Ferguson Brothers Ltd of Glasgow between 1951-52. She cost £80,000, paid for by a grant from the Colonial Development and Welfare Fund.

The Anadrian had a displacement of 403 tons and was 124 feet long.

The oil-fired engine was powerful enough to operate the ship's crane. Loads were disposed of in open seas through flaps on the ship's bottom.

Visitors to the Maritime Museum in Birgu will be able to see how a steam engine works (Anadrien's) by following the step-by-step sequence with the help of an information panel.

In 1989, the dredger was scrapped, having completed her last task during the construction of the Freeport in Kalafrana. But there were a number of people involved in the setting up of the Maritime Museum who felt that the engine should be preserved.

The vessel was bought by Cassar Ship Repair Yard in Marsa, which assisted with the dismantling of the parts destined for the museum. Her last master was Charles Scicluna.

[Anadrien's engine], The only triple expansion steam engine still in working condition on the island is now the centre of attraction in the former mill room of the Maritime Museum in Vittoriosa.

Museum curator Manuel Magro Conti said in an interview that the 12-ton, 500hp steam engine had belonged to the grab dredger Anadrian, which was used mainly to clear Grand Harbour of bombs and wrecks after the havoc of the Second World War.

A triple expansion steam engine used the same steam three times through a series of cylinders, in order to make use of all the steam's energy. The engine on the Anadrian produced a speed of eight and a half knots.

Other exhibits from the Anadrian include ancillary machinery, pressure gauges, the telegraph and the compass, the diesel generator, lifebelts, a whole rack of tools, and the wheel, among other items 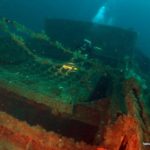 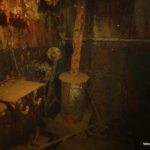 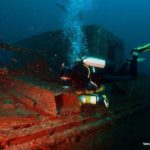 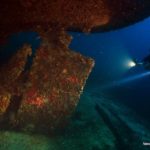 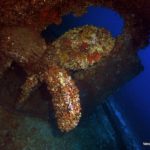 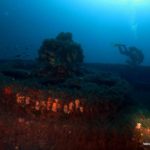 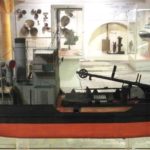