Visibility: Sometimes it can be very bad

Wreck Statistics:
Hellespont had a bollard pull of 10 tons with a 1250 IHP and a compliment of 17 men. The wreck lies at a depth of 41 metres off Grand Harbour. First discovered by a team of divers on 15 May 1999.

Wreck History:
Hellespont was built by Earle Shipbuilding Co. and was launched on 10 May 1910. She was based at Haulbowline Dockyard, Queenstown in Ireland until 1922. She came to Malta in 1922 and was subsequently damaged by Italian aircraft on 7 September 1940 and was never repaired but laid up at Sheer Bastion (Macina). She was sunk on the 6th April 1942. It looks like the bow (15 metres or so of it was destroyed & missing from the wreck). After the war she was lifted by camels and dumped off the Grand Harbour. 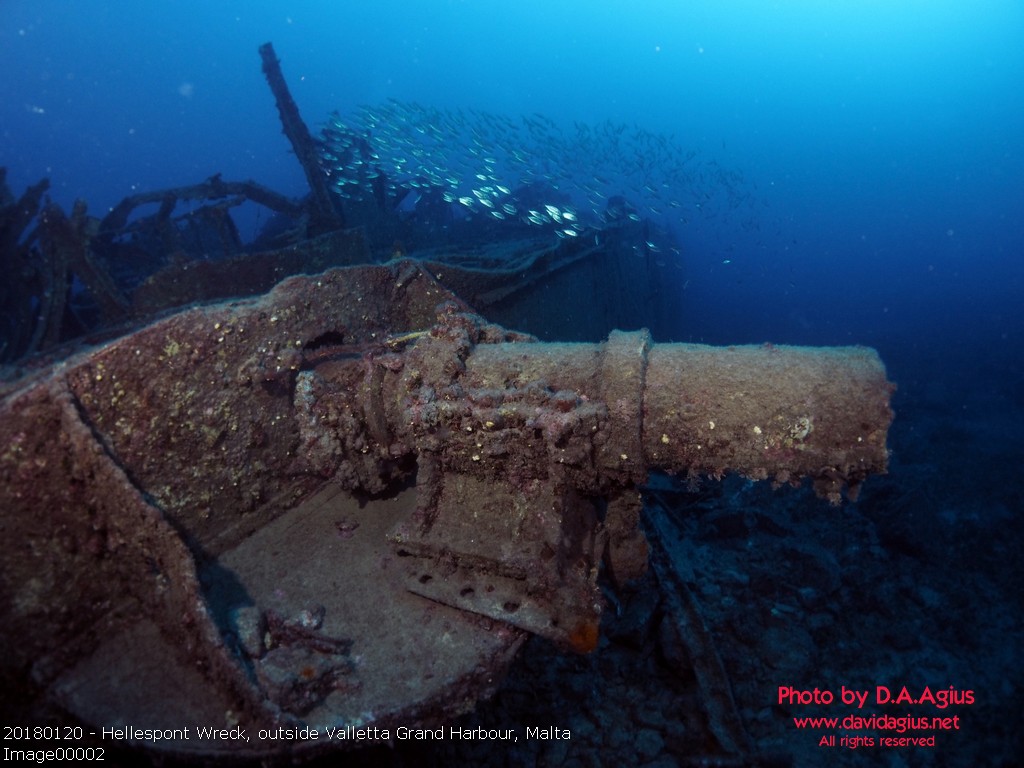 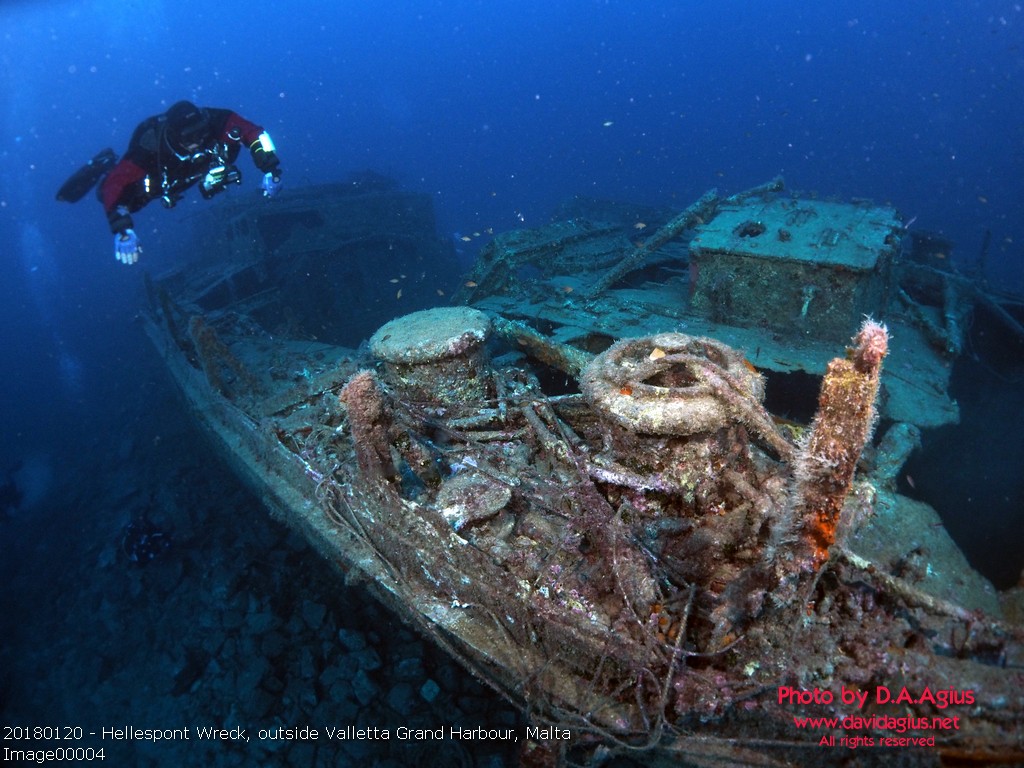 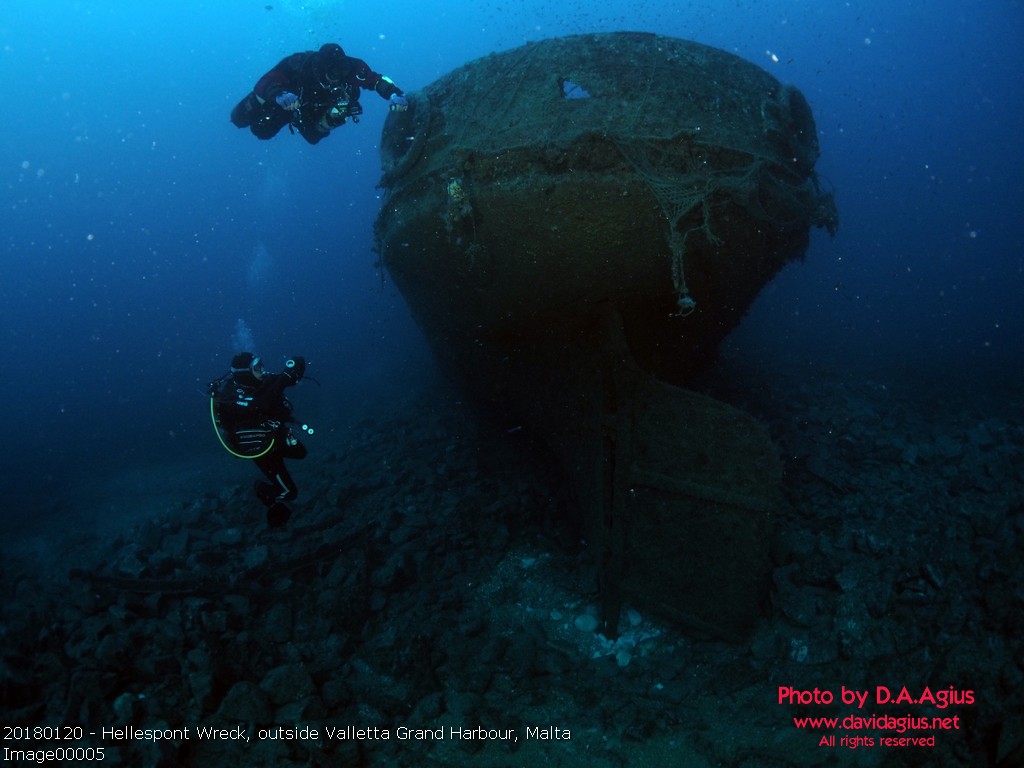 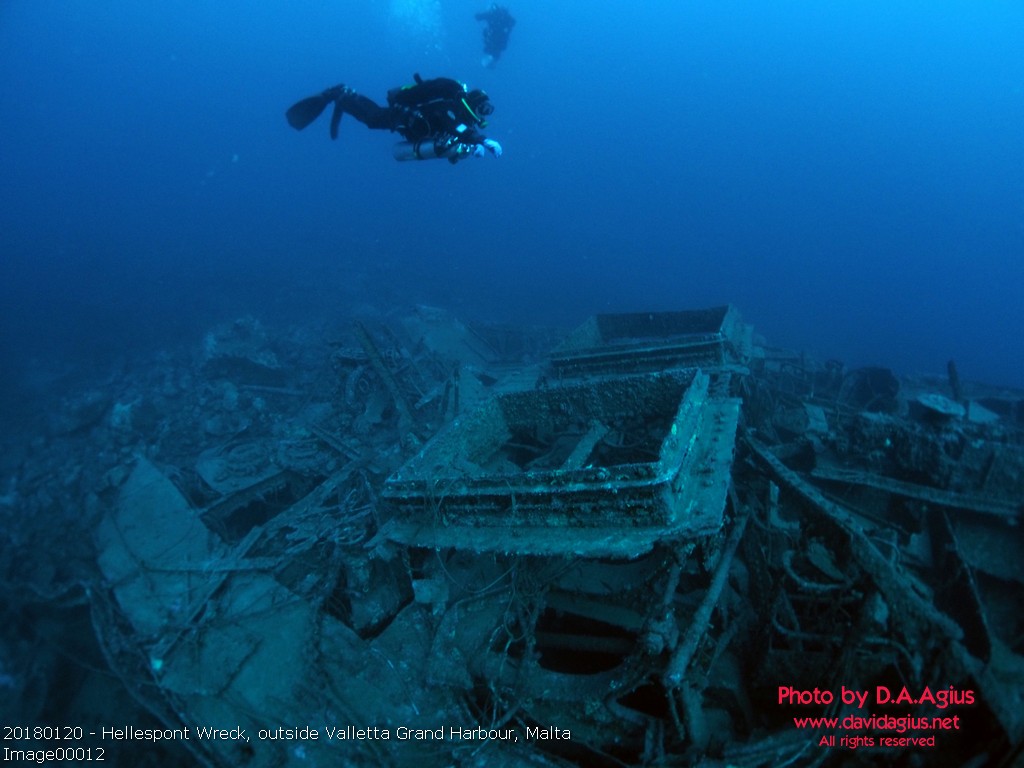 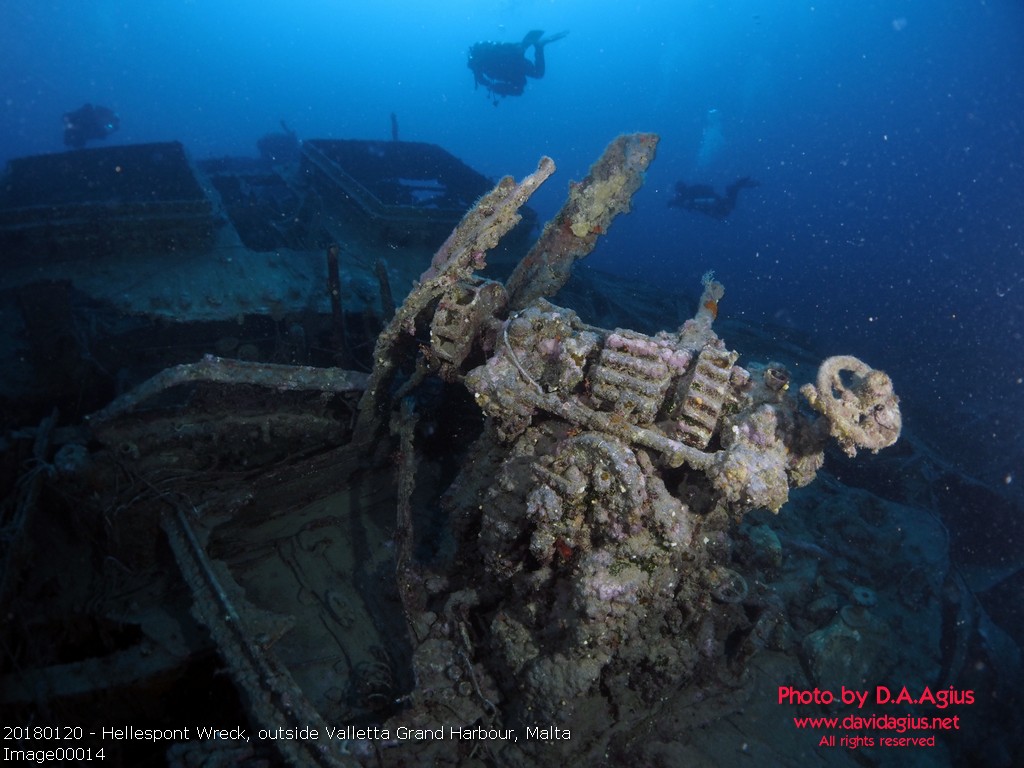 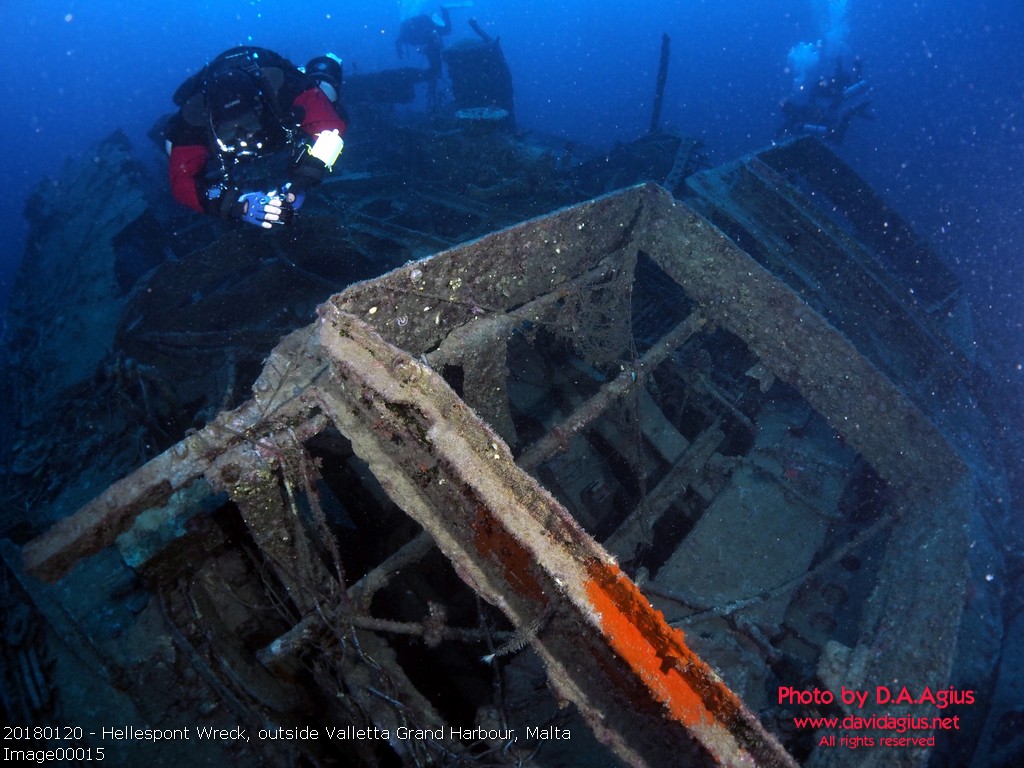 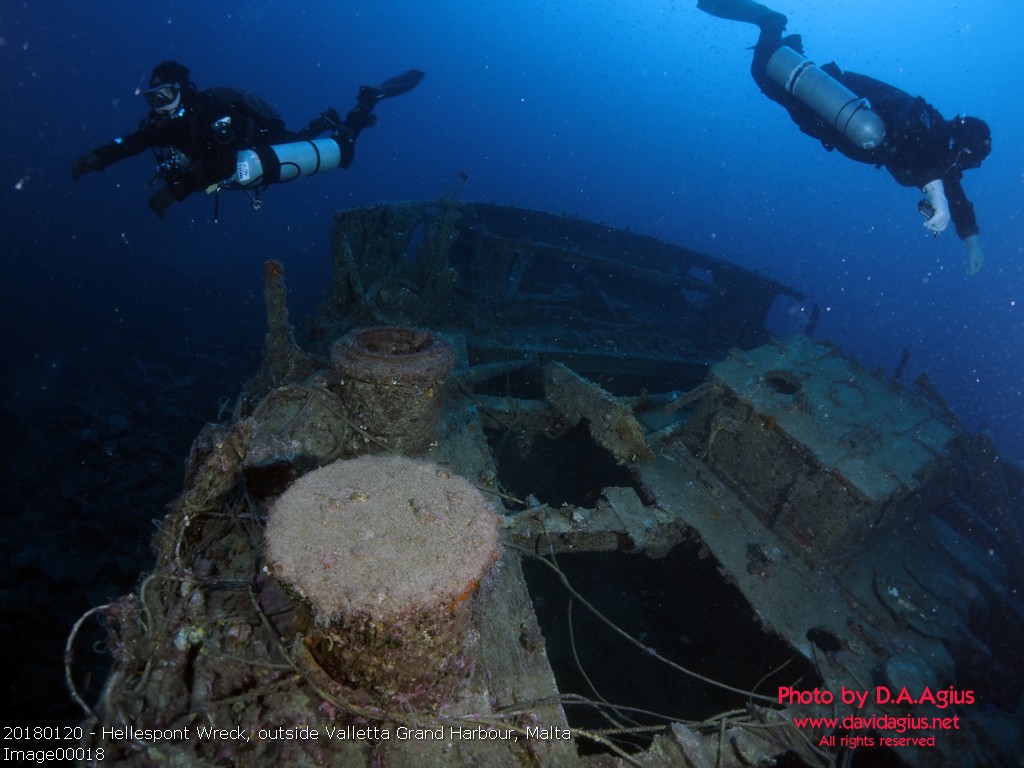 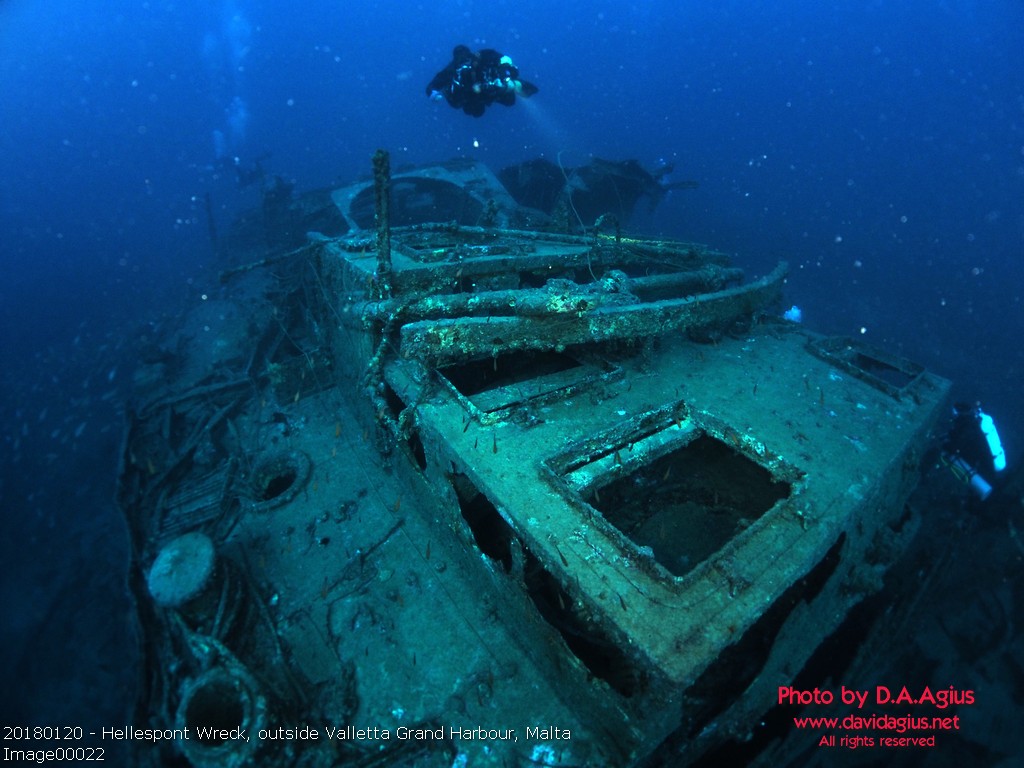