Navigation:
In the bay of St Elmo, 13 - 17 metres from the surface. If you take a bearing to Fort Tigne by staying on the stairs, with your back facing the tunnel, you will just drop onto it.

Dangers:
Be sure to dive when there are no North West currents, because visibility will go down to zero. The wreck is in a very bad state due to the shallow area and has very sharp edges ready to collapse. Please take care, because on this particular wreck dive, kicking up silt can create hazardous situations. Do not attempt penetrating this wreck unless you have wreck diving experience.

Wreck History:
Malta's most famous and historical wreck, this World War II destroyer was launched in 1937 and saw considerable action in her life, including valuable assistance with the defence of Malta. However, in 1942 she received a direct hit as a bomb exploded in her engine room whilst in the docks.

Wreck Statistics:
The wreck offers many lovely views. Some parts of the Maori are easily recognizable whilst others remain a mystery. The guns have been removed and much of the superstructure is now found beside the vessel on the seabed. You can enter the wreck from various openings and exit from others. Cardinal fish, saddled seabream and perfectly camouflaged scorpion fish can be seen on and around the wreck.

What's left of the Maori is lying upright on the sand, with the depth on her starboard side being approximately 17 metres deep and on her port side about 13 metres deep. Once you navigate from the entry point, you will come across a drop-off following the contours of the bay. On the seaward side the bottom is sandy. Follow the drop-off to the west and you will eventually arrive on the Maori. The first thing you will notice are some large round hatches. These were her gun mountings. Next come the remains of her superstructure with another gun mount on top. After this you will only find debris. This is due to the fact that she was actually broken in two and only her forward section remains! This has the advantage that entry is possible without the possibility of getting lost. In addition plenty of light comes in through some missing side panels as well as through various hatches leading to her deck. 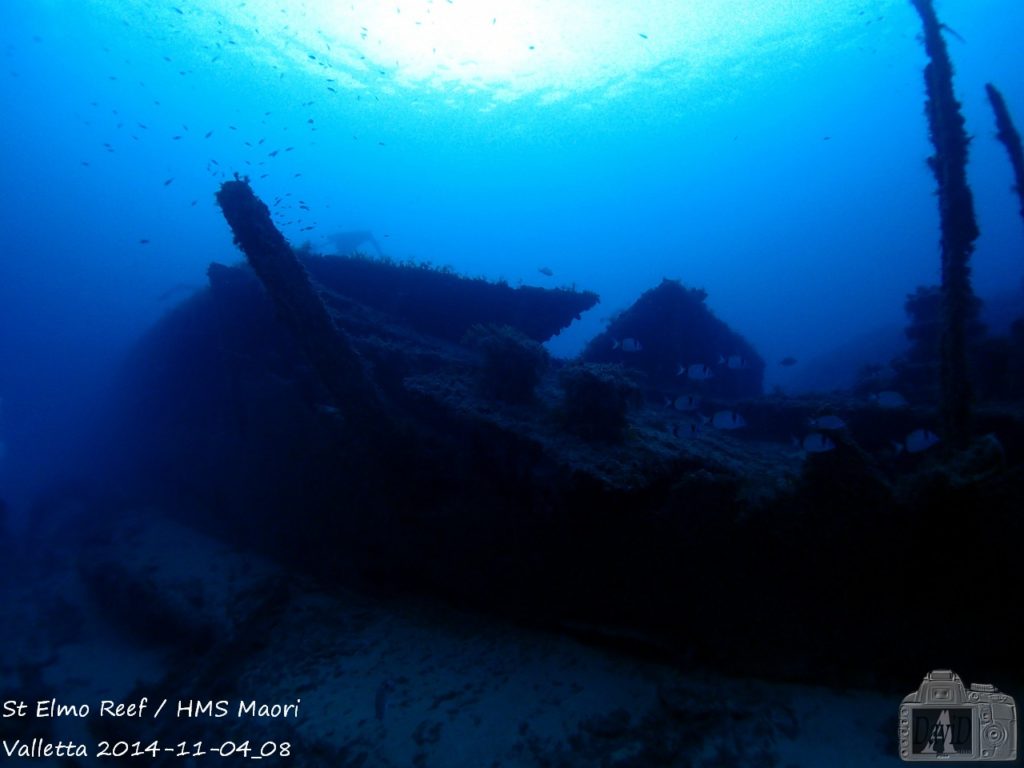 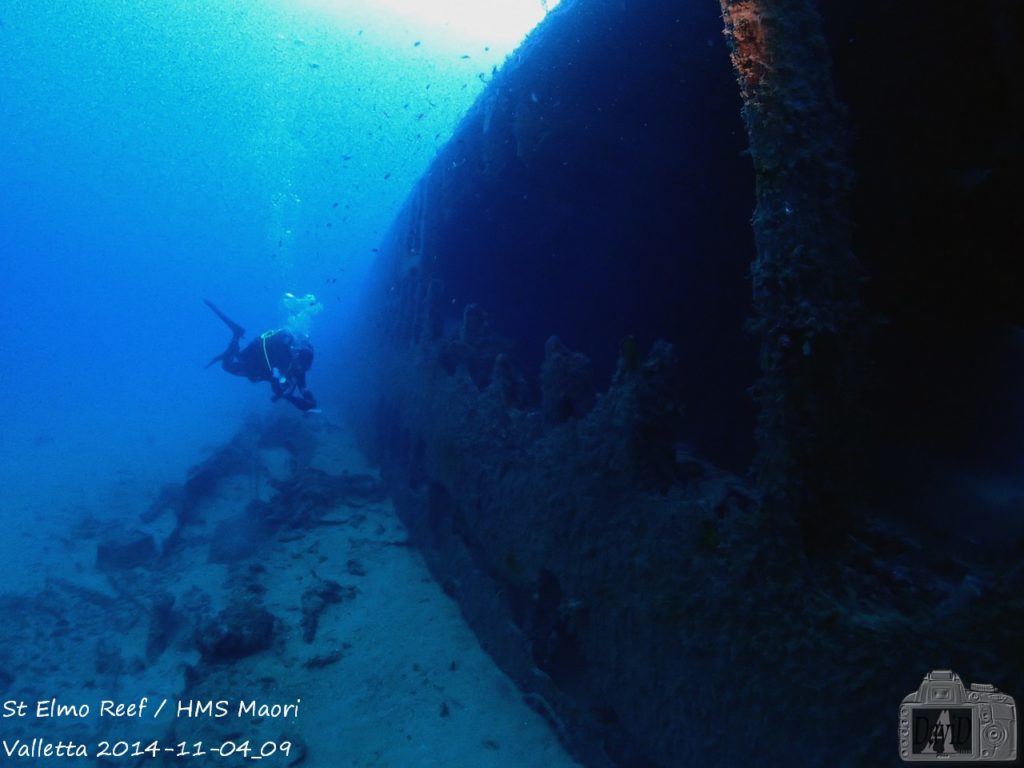 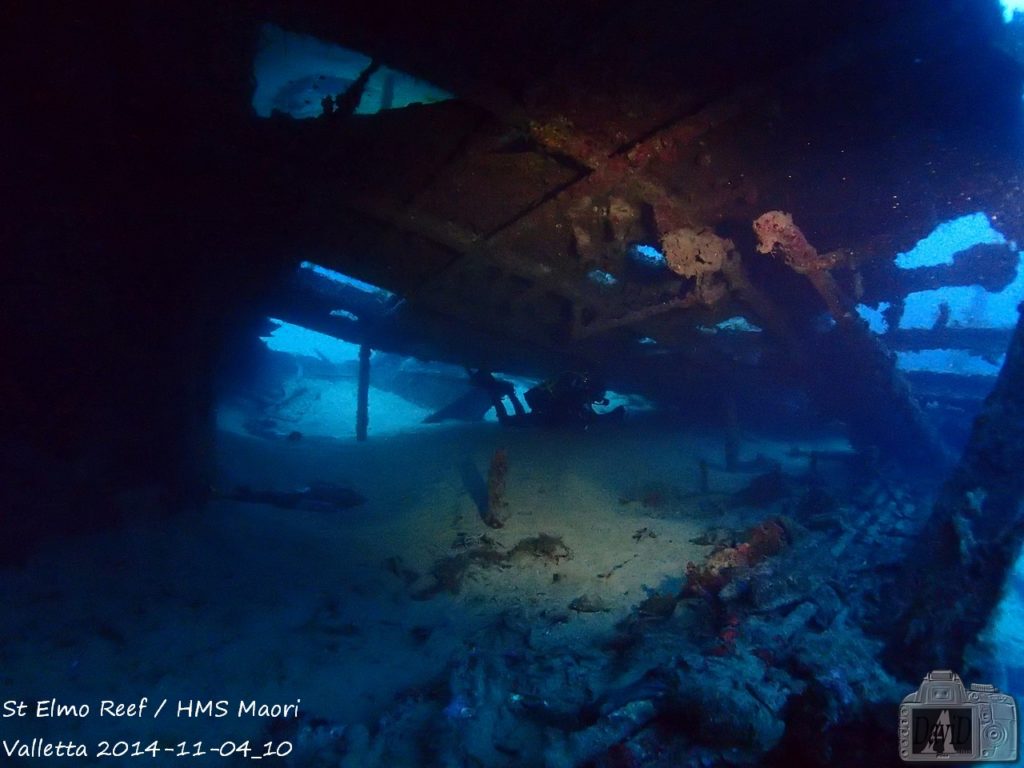 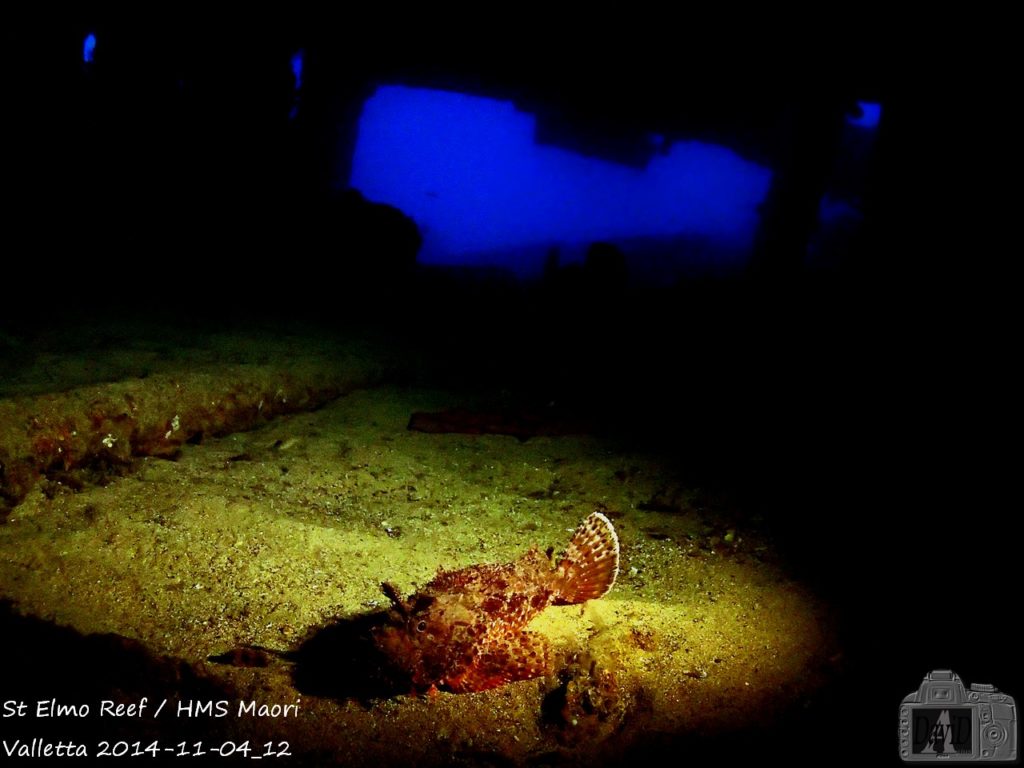 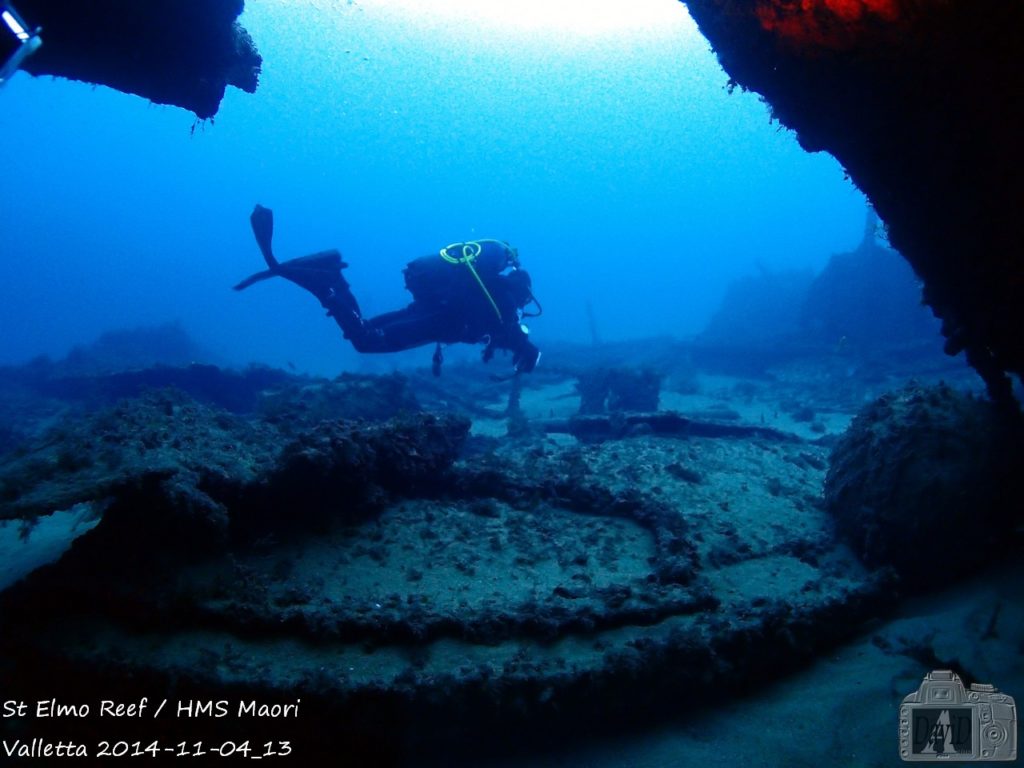 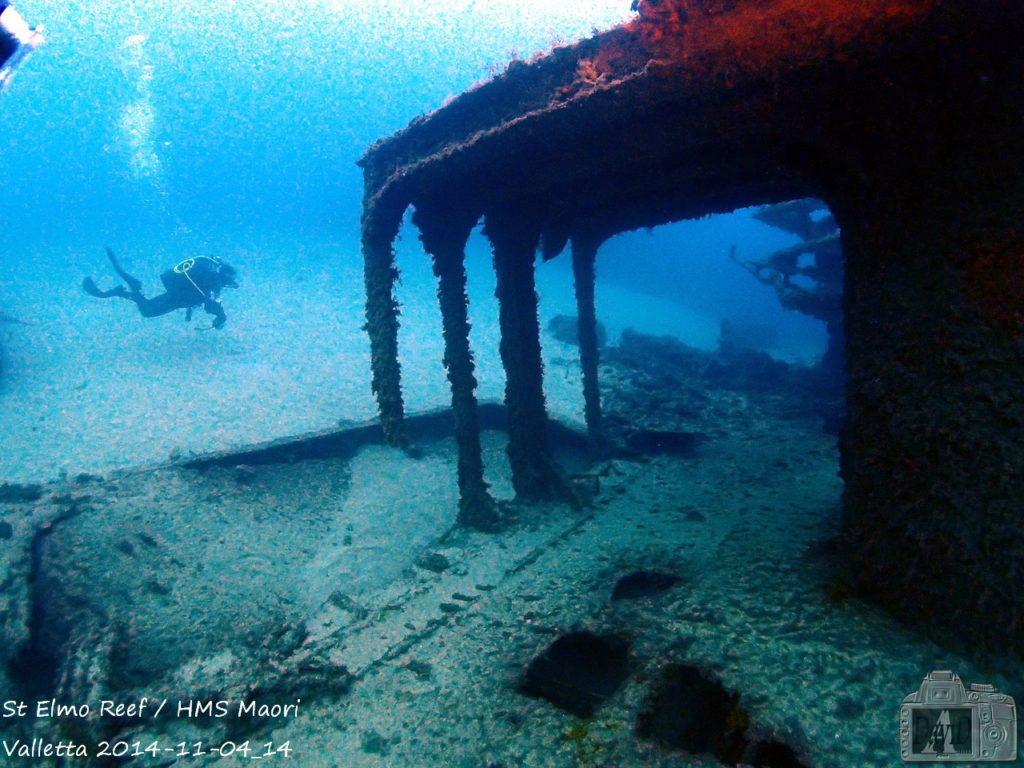 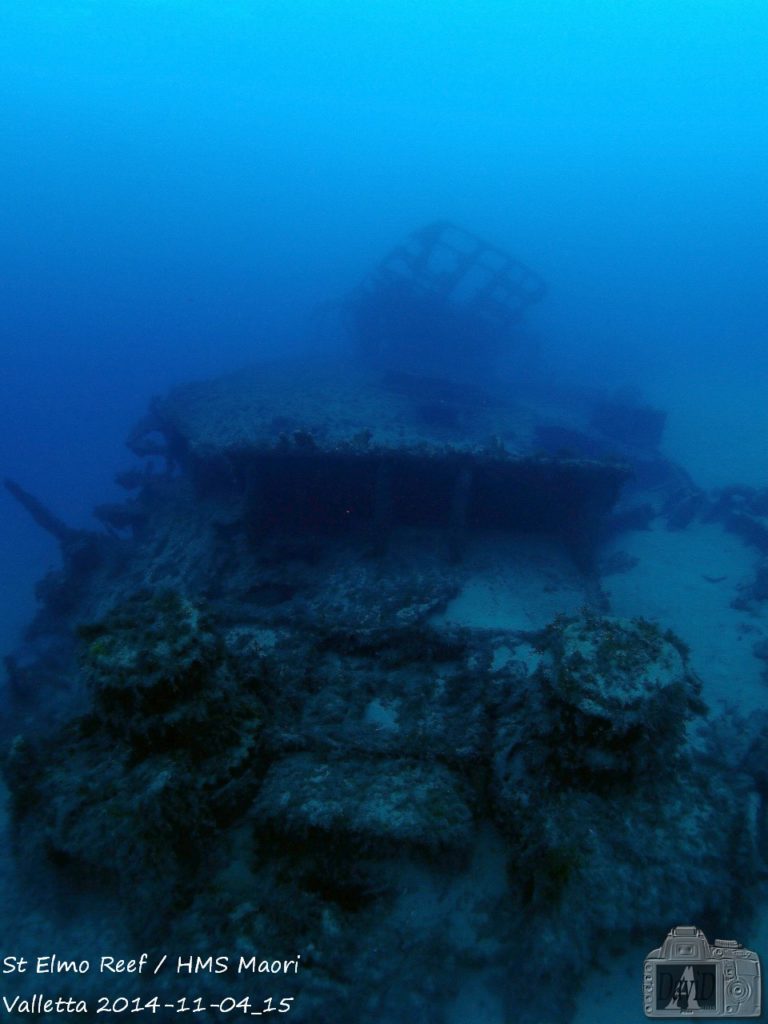 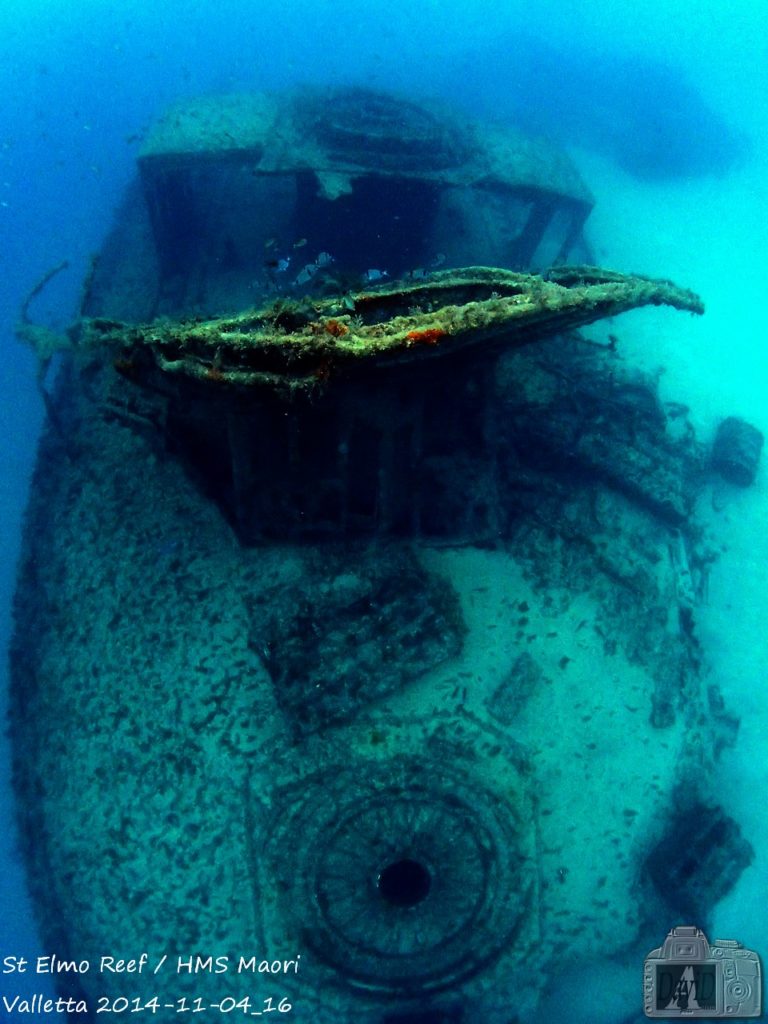