Dangers:
Visibility tends to get low in bad weather and current is very dangerous

Wreck Statistics:
45 metres long, 9.2 metres at its Beam. 257 Gross Tons. Imperial Eagle made its maiden voyage between Malta and Gozo on the 1st June 1958. It had accommodation for 70 passengers and room for 10 cars. It remained on the Mgarr to Marfa route until March 1968.

There is the possibility for penetration but don’t waste time as the flying bridge is a must to see where the steering wheel has just got to be played with. This is a very interesting dive, where you can see many octopuses. Also the bottom is rich in red algae.

Wreck History:
Imperial Eagle was registered under other names prior to coming to Malta. When first launched in 1938 until 1947 she was named "New Royal Lady”, than in 1948 as "Royal Lady" and thereafter until 1958 as "Crested Eagle".. Built by J. Crown & Sons Ltd, in Sunderland England and powered by two diesel oil engines manufactured by Crossley Bros Ltd.

After 1968 she was used to transport cargo and animals from Gozo to Valletta. She also served for storage. In Malta she was owned by Sunny & Maria Pisani a family from Gozo, and was sold to the local Diving community on the 28th November 1995 to scuttle her as an attraction for divers off Qawra point and to form the main attraction for an Underwater Marine Park Project, a task co-ordinated by an action Committee set up for this purpose. It was scuttled on 19th July 1999 in 40 metres of water, half a kilometre off Qawra Point. 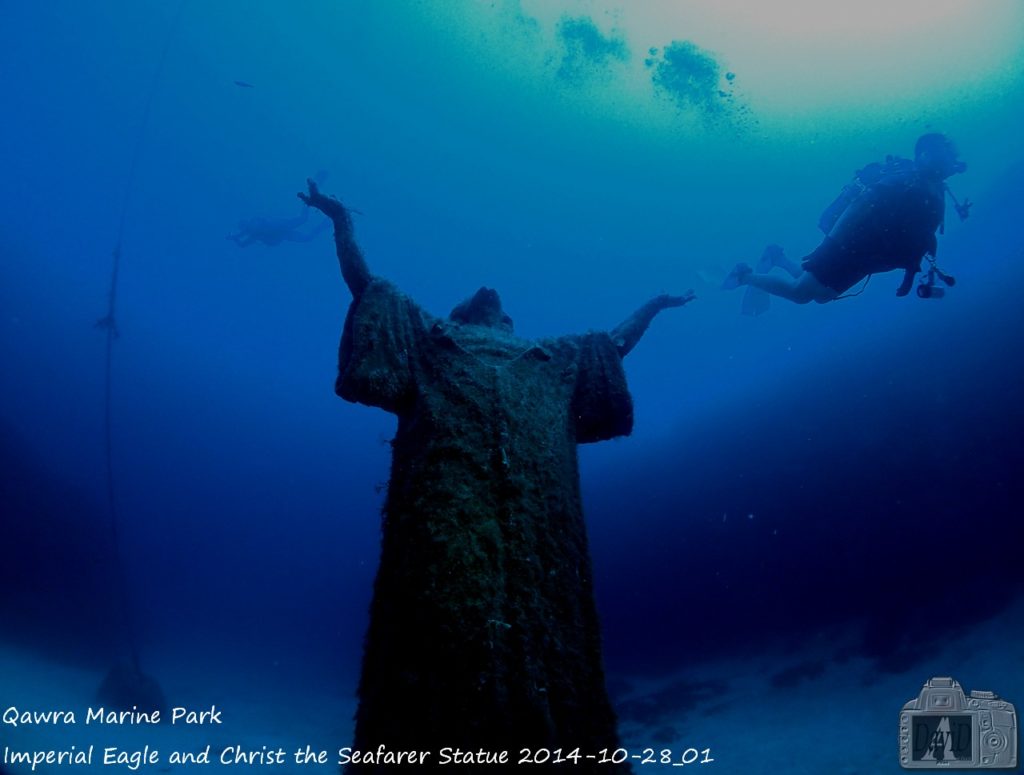 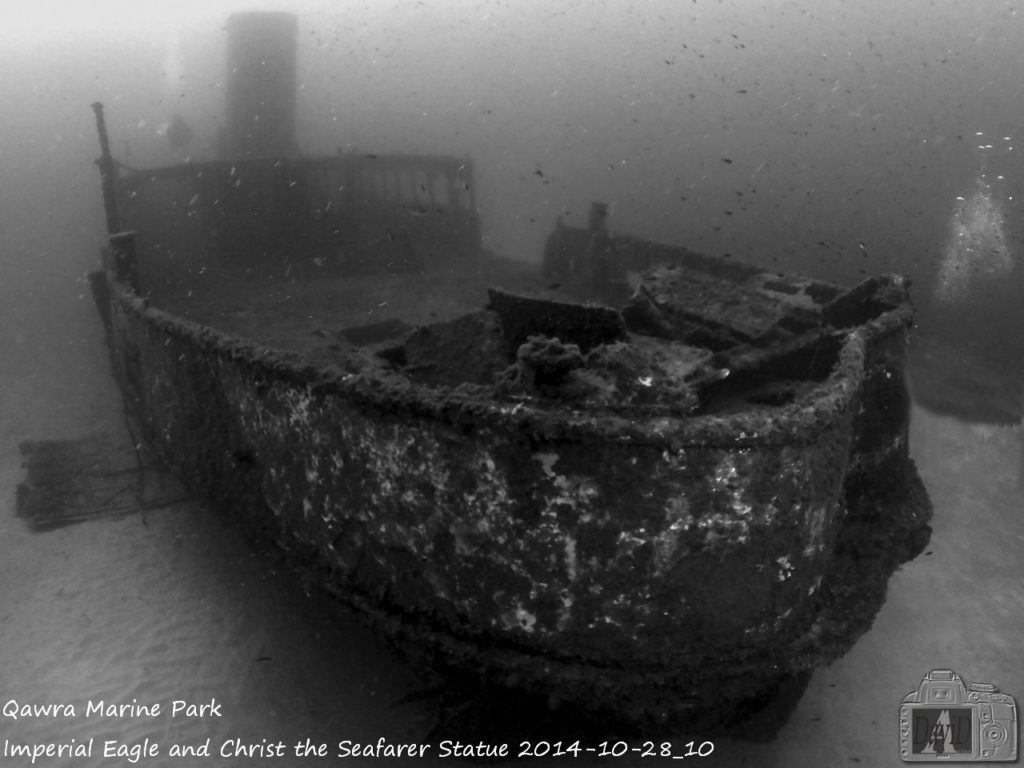 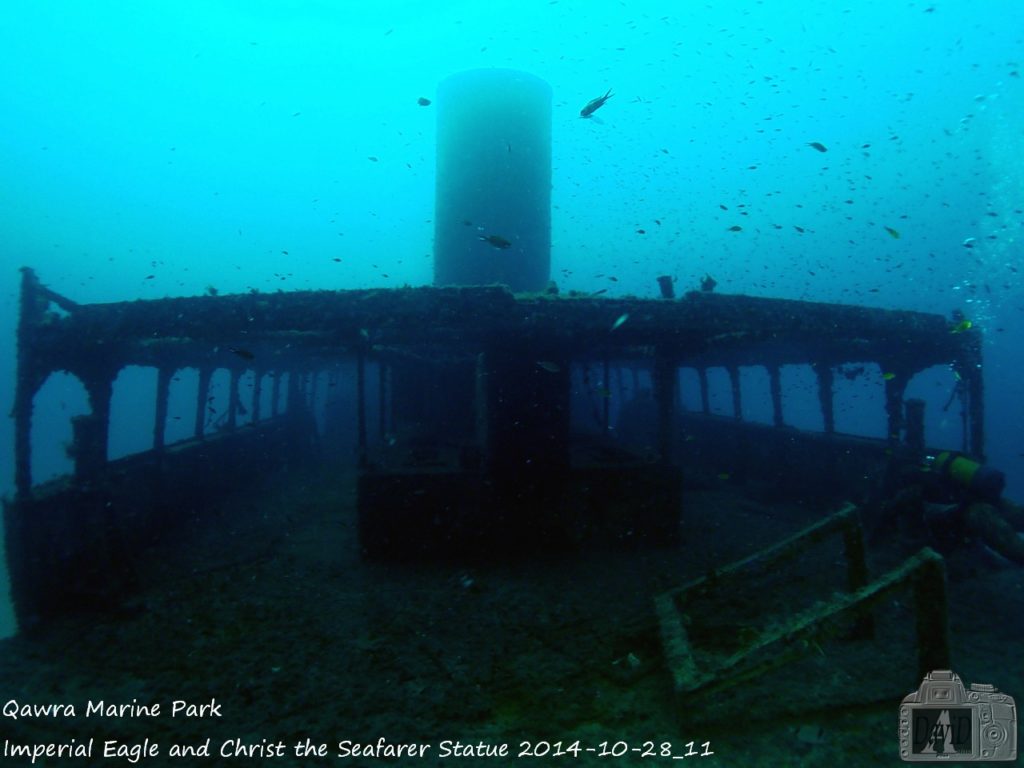 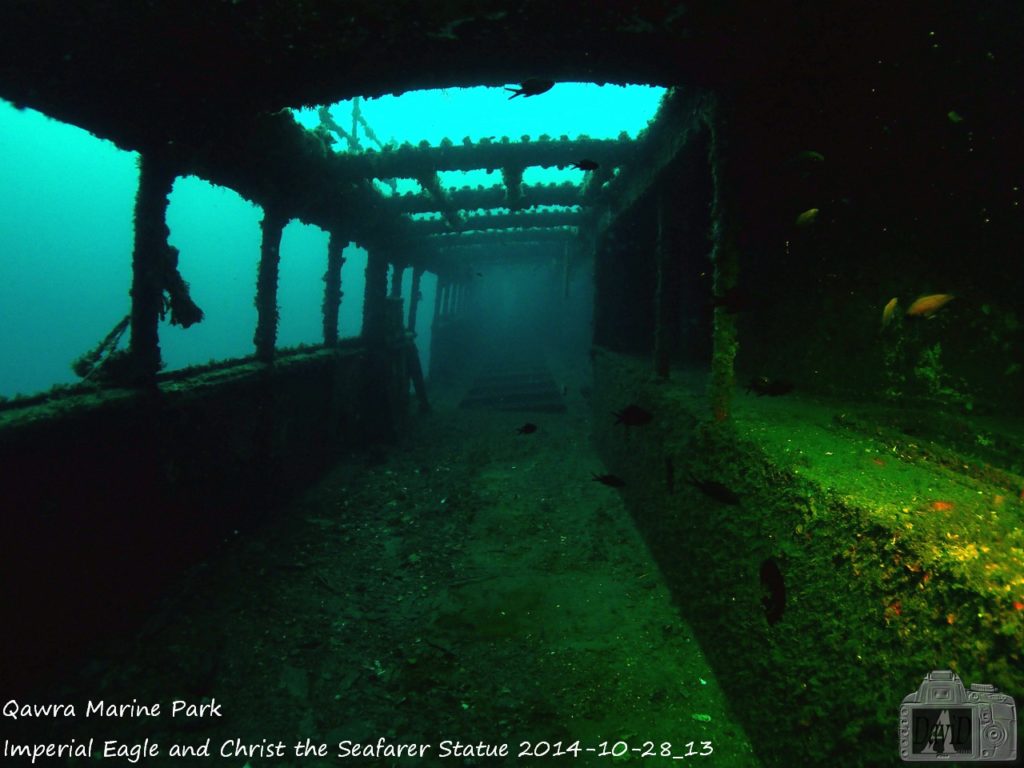 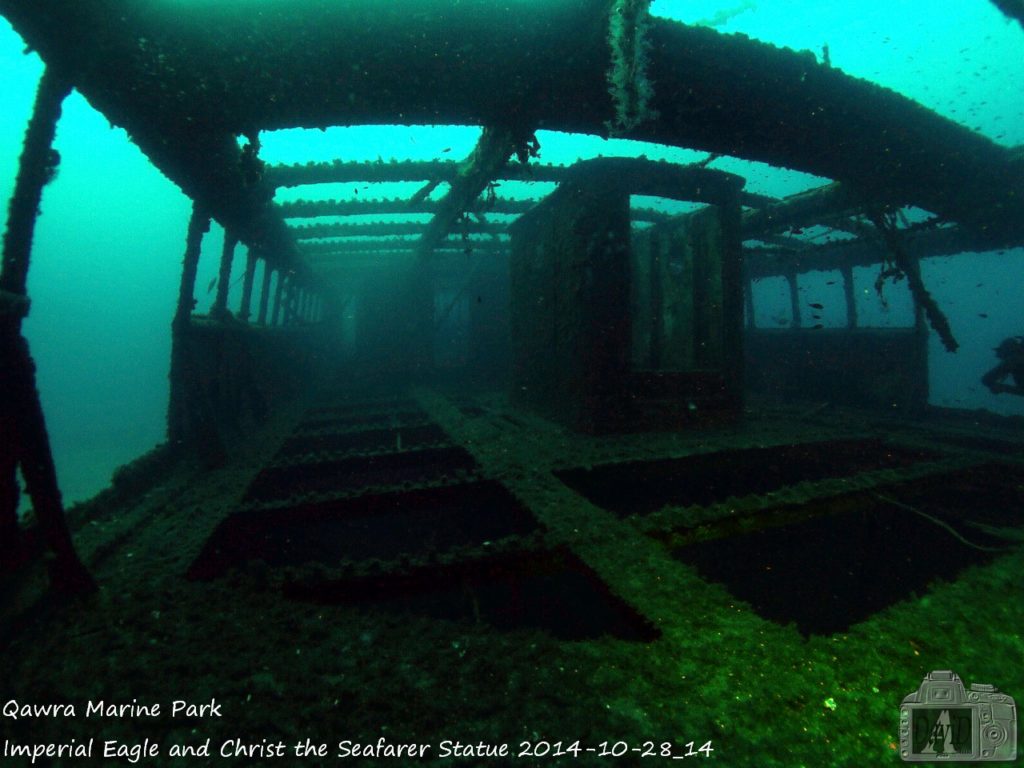 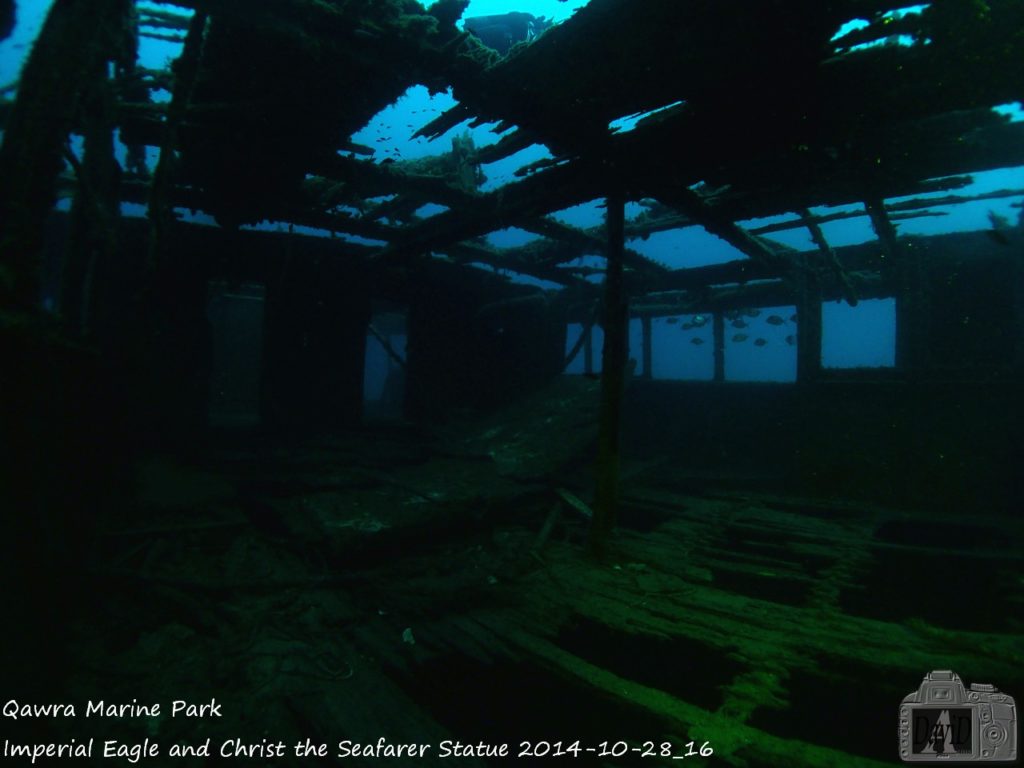 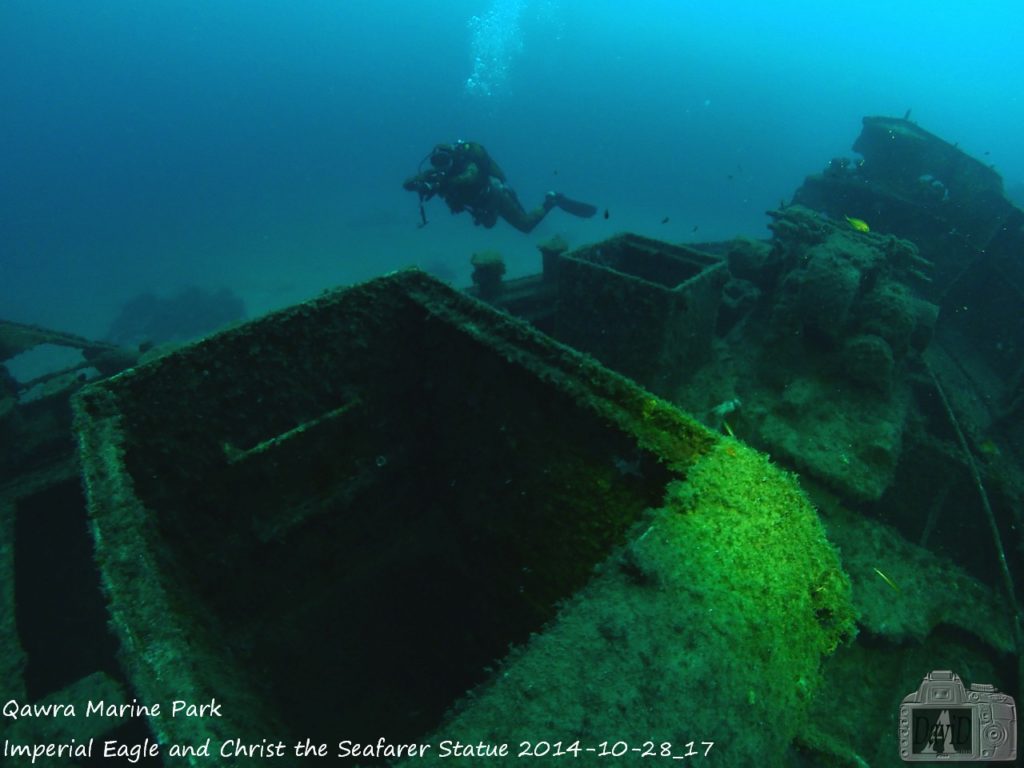 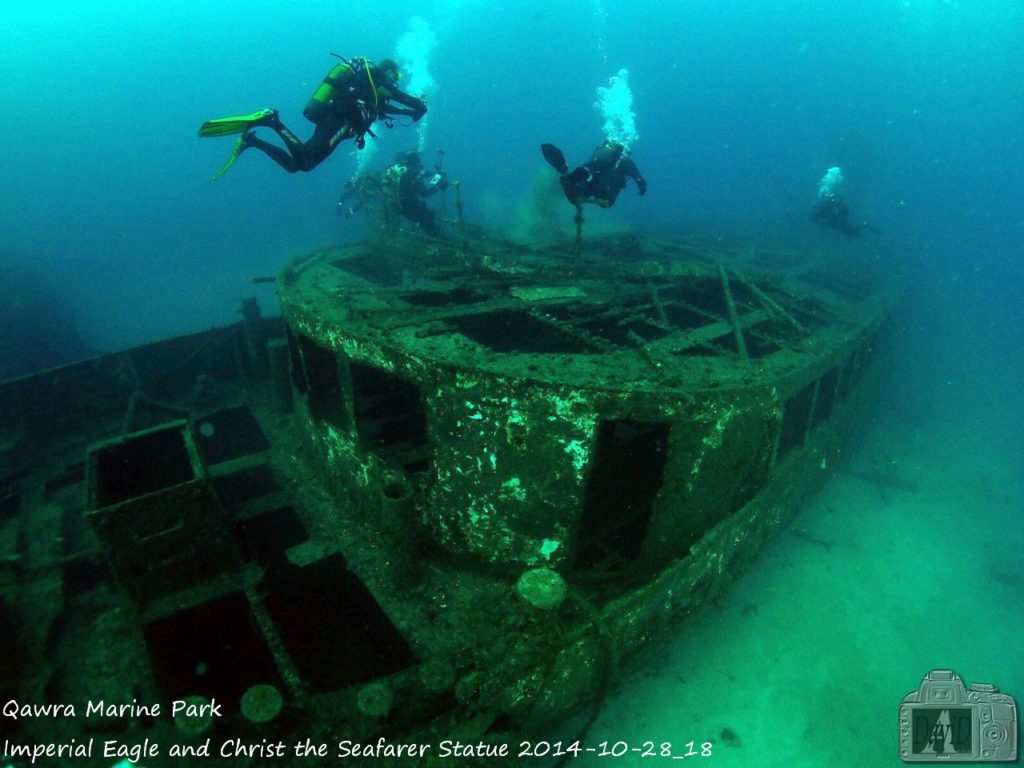 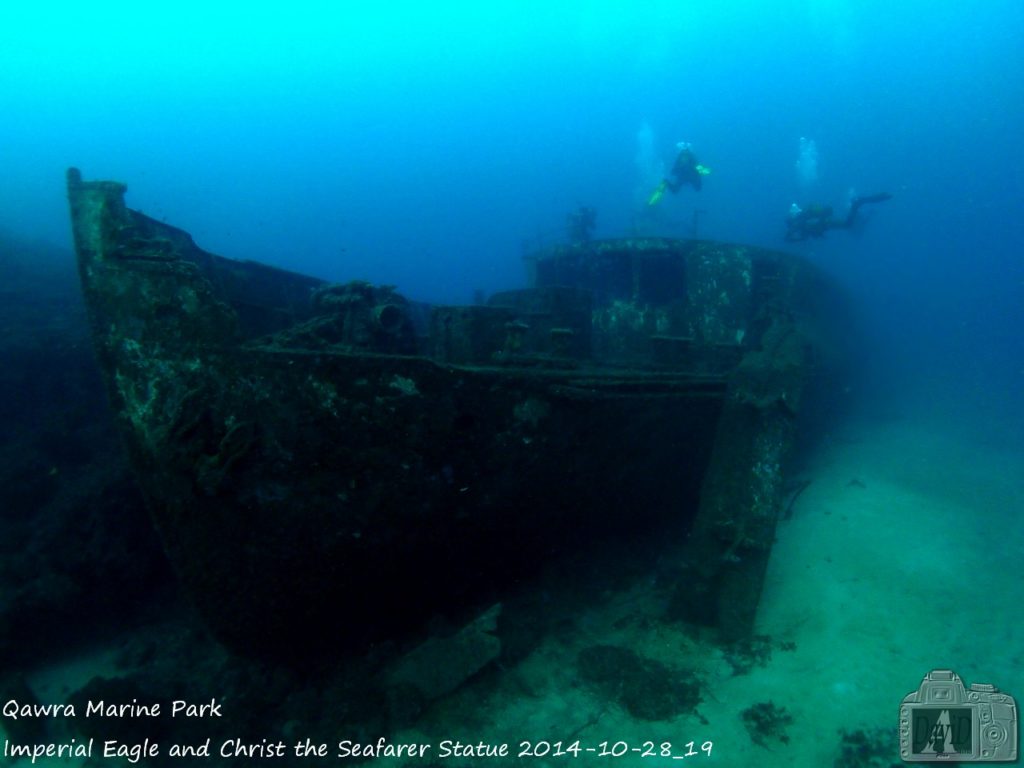 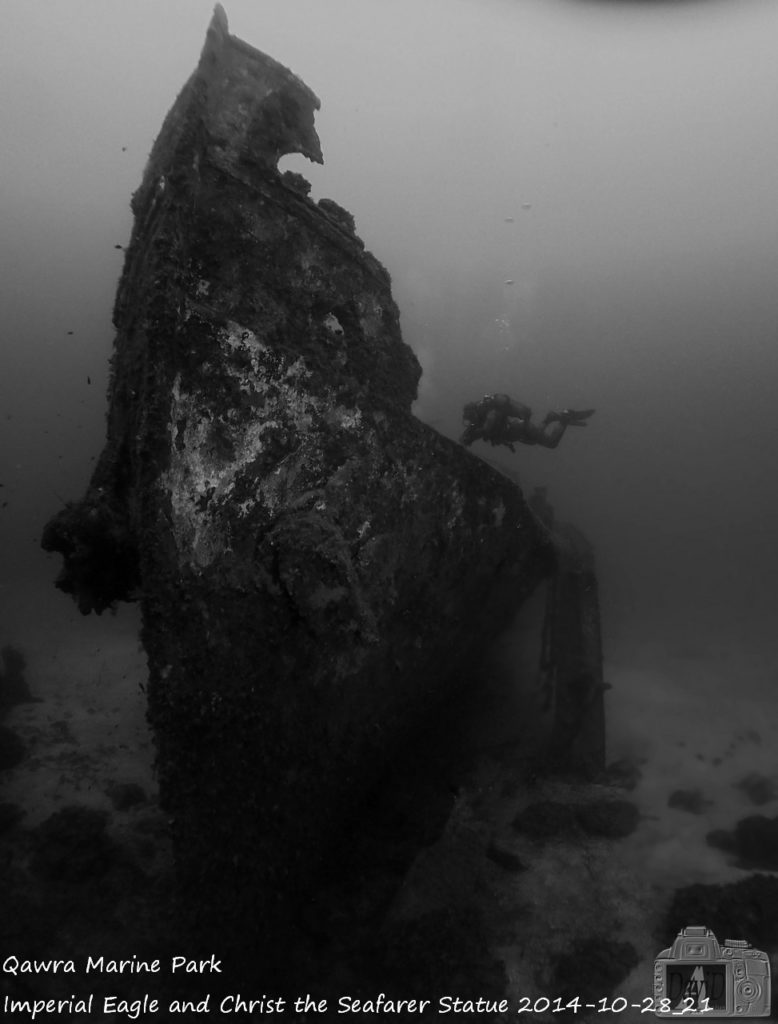 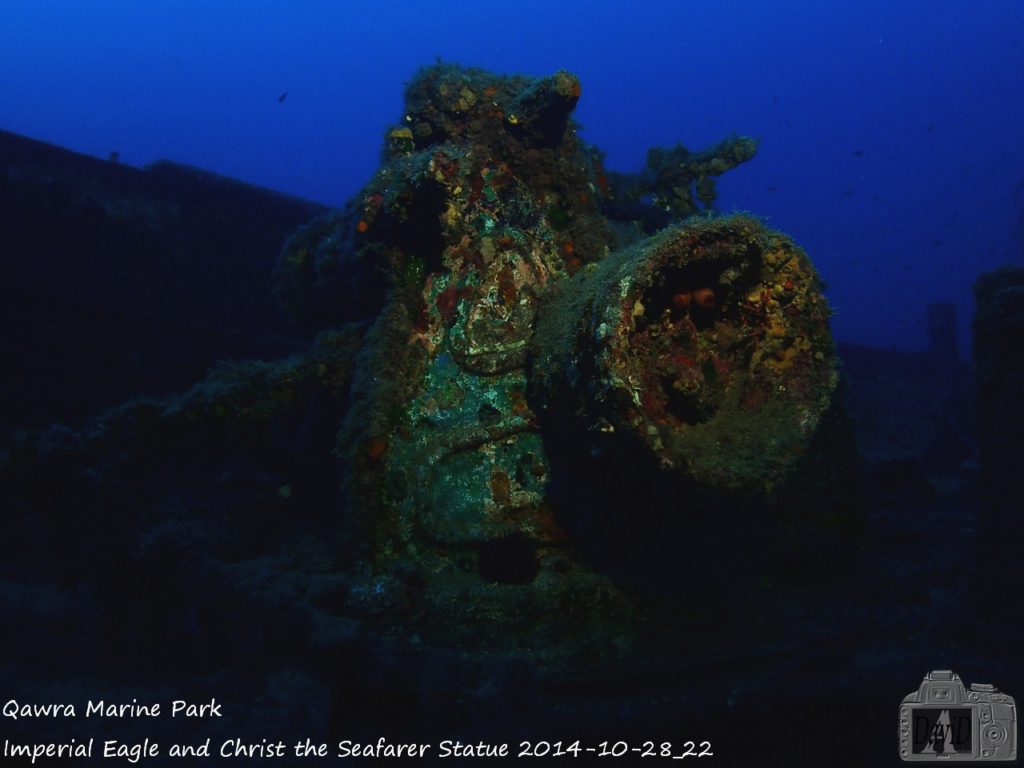 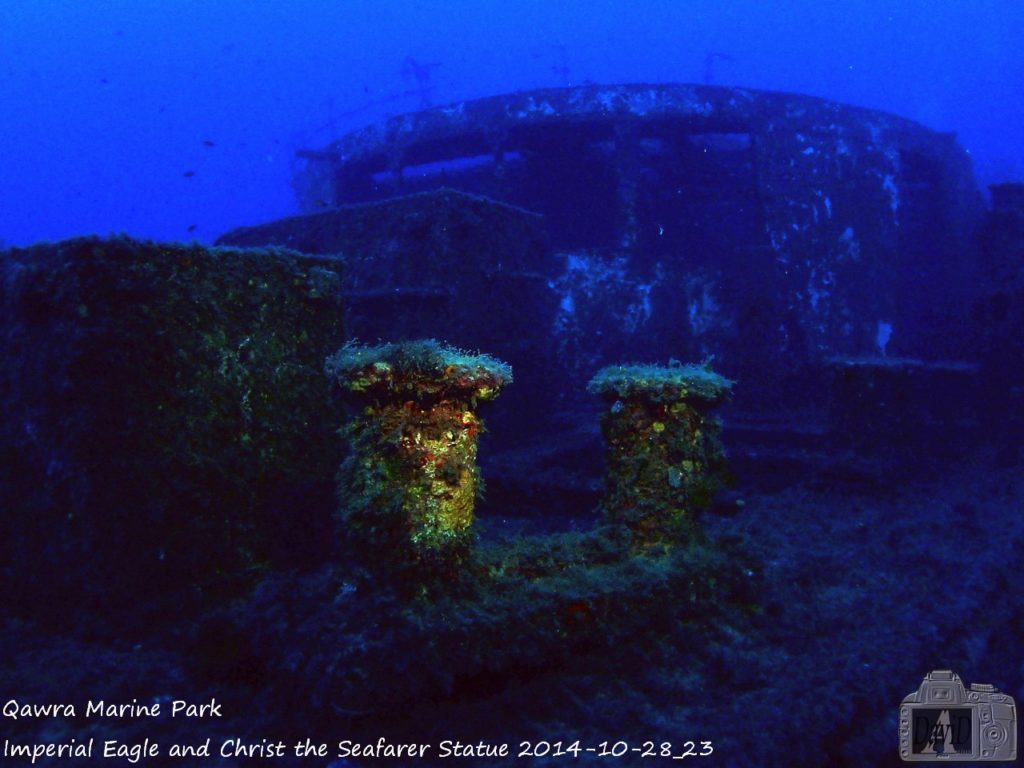 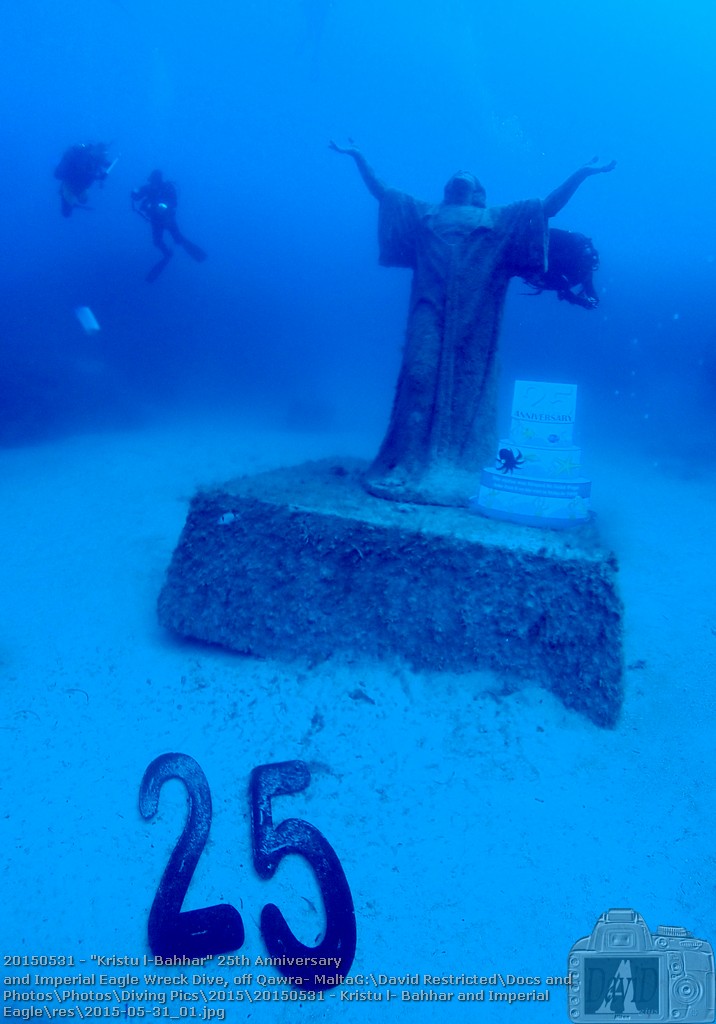 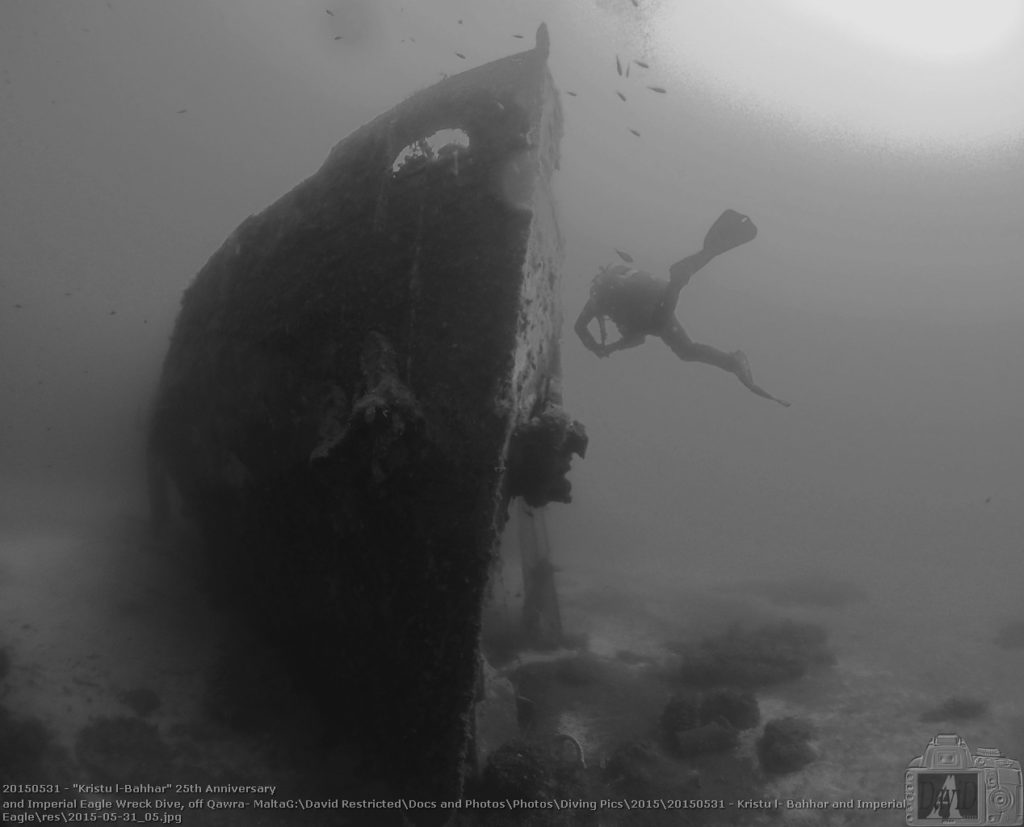 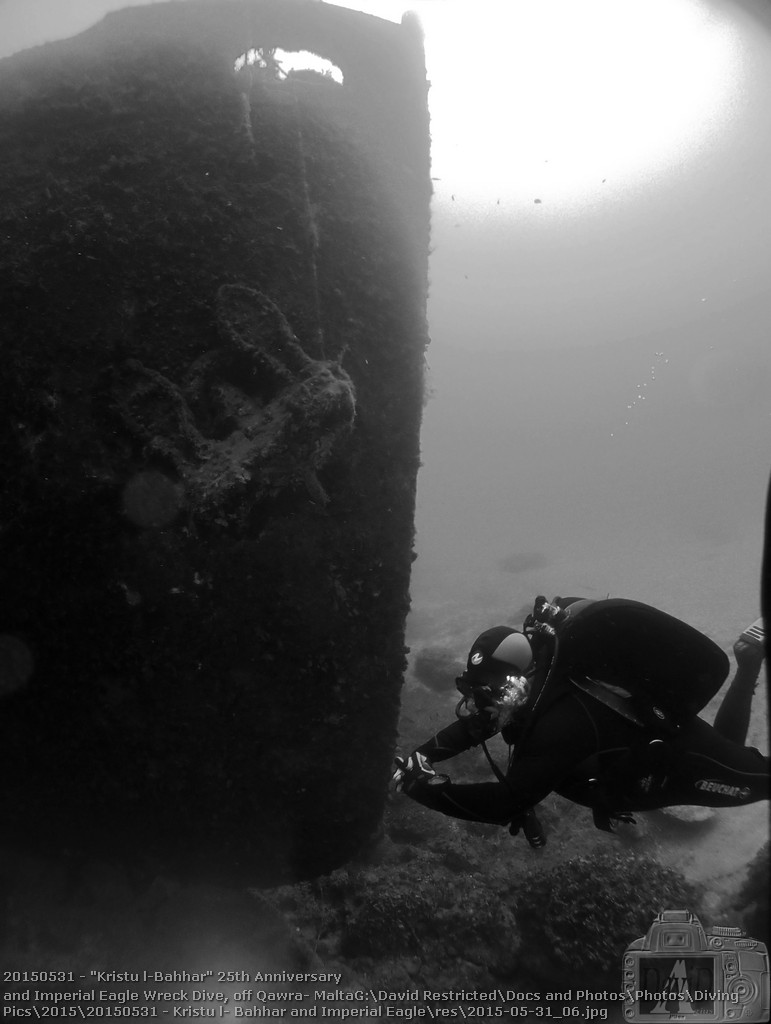 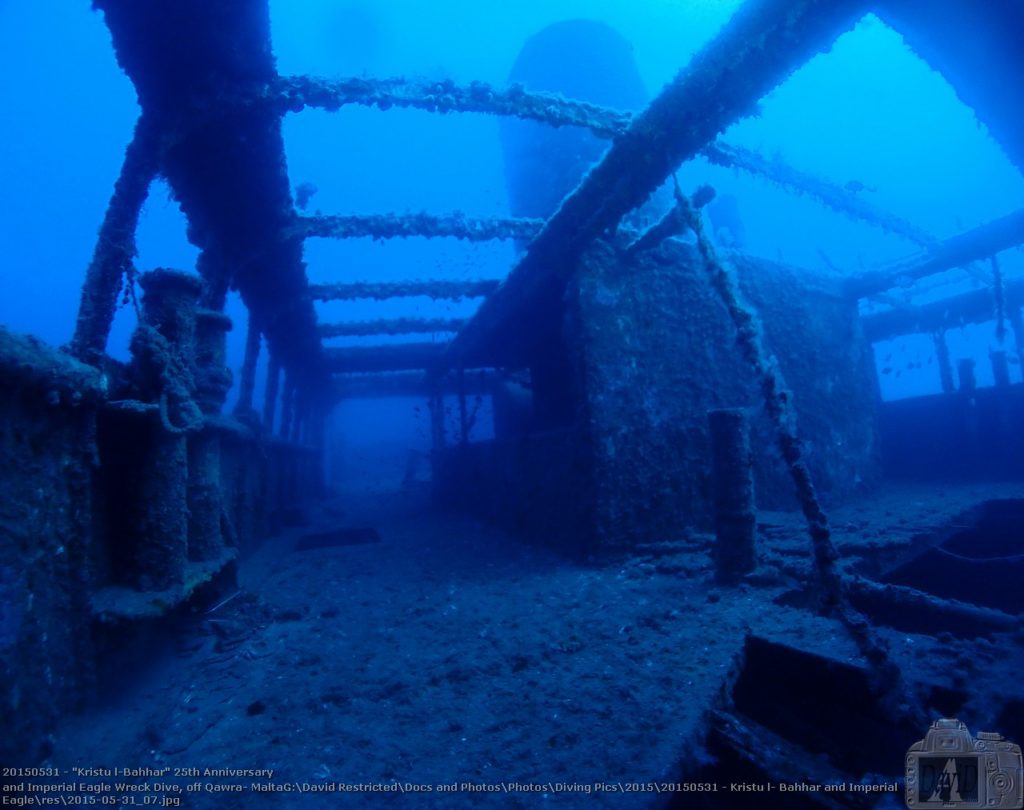 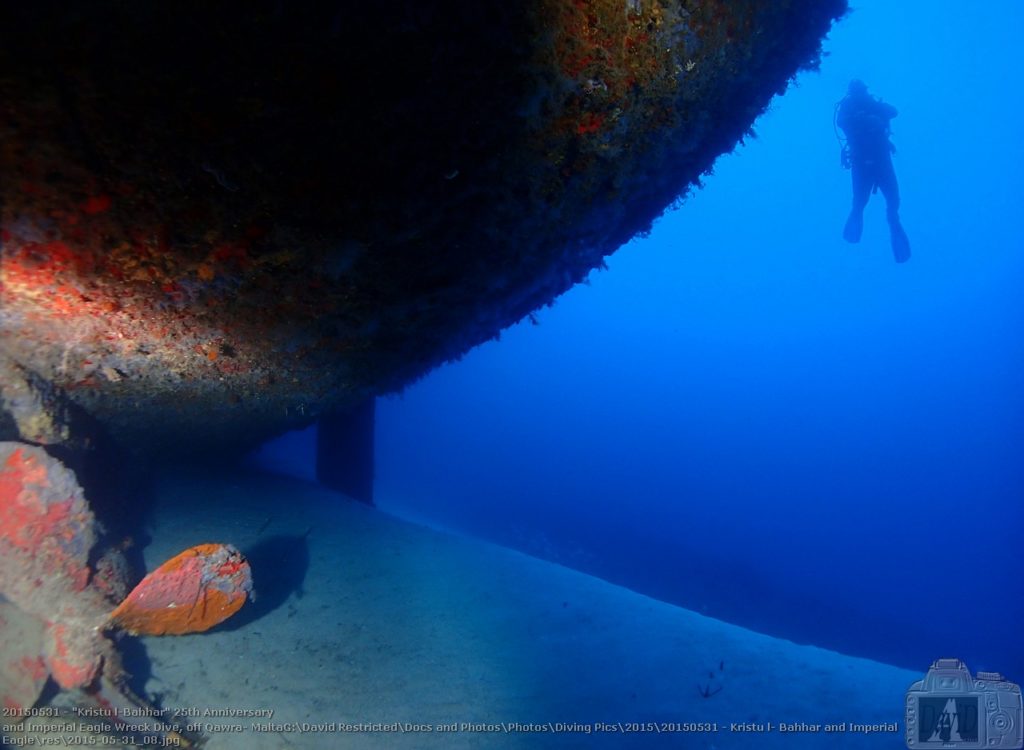 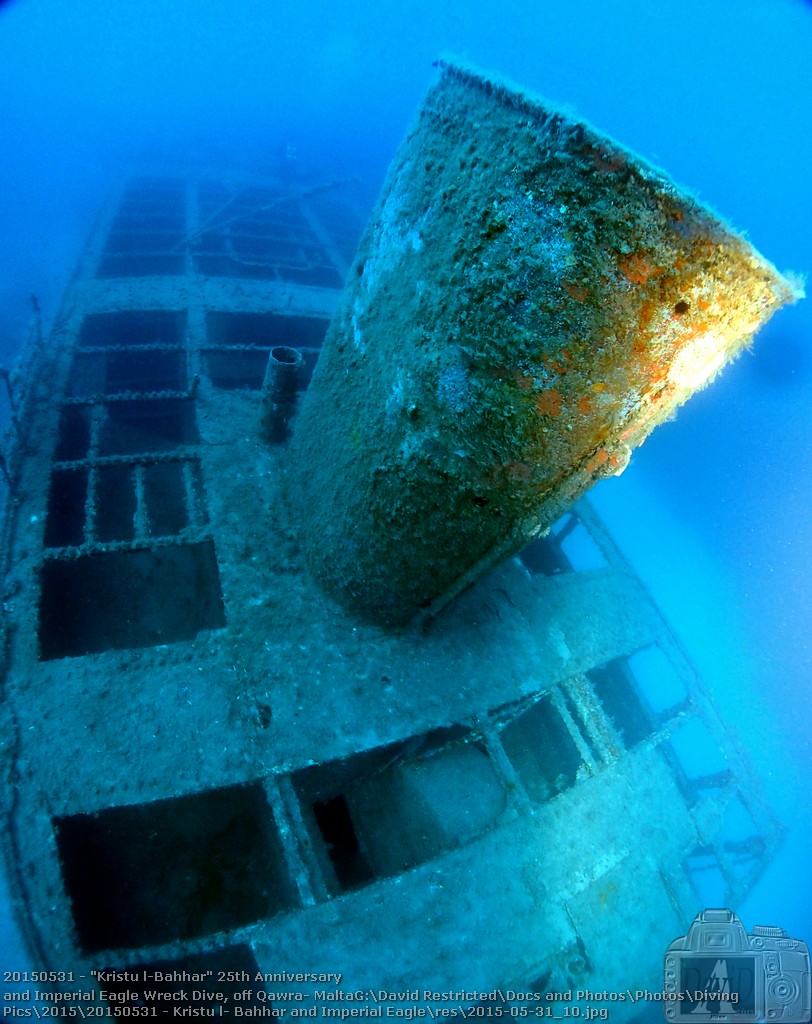 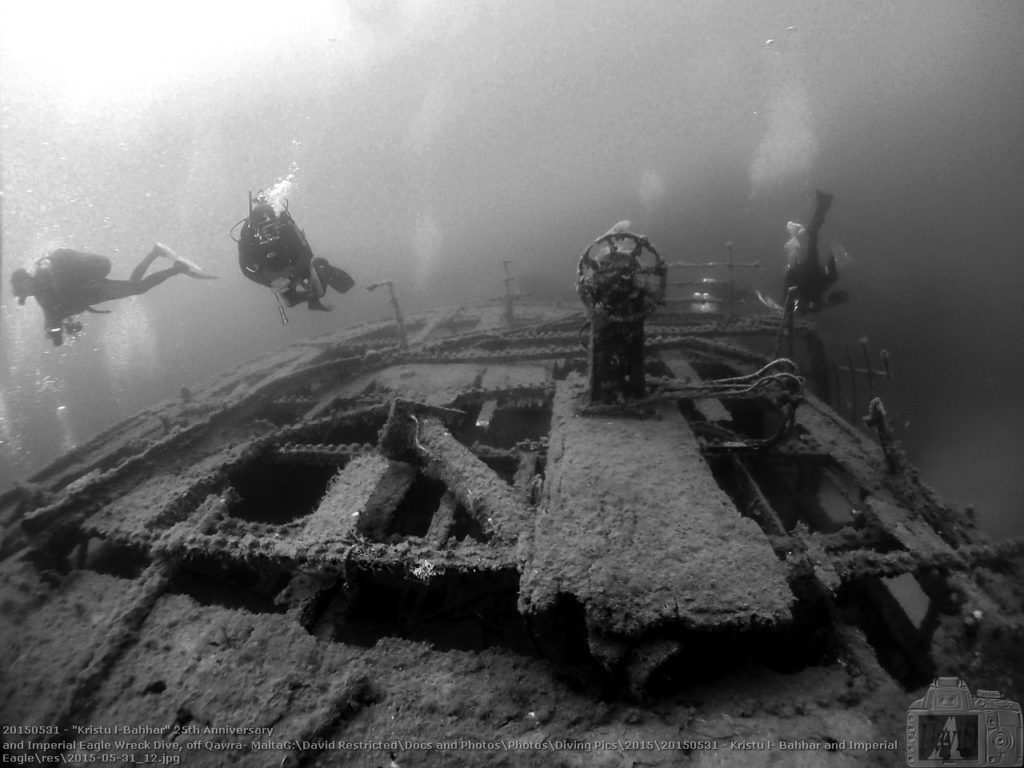 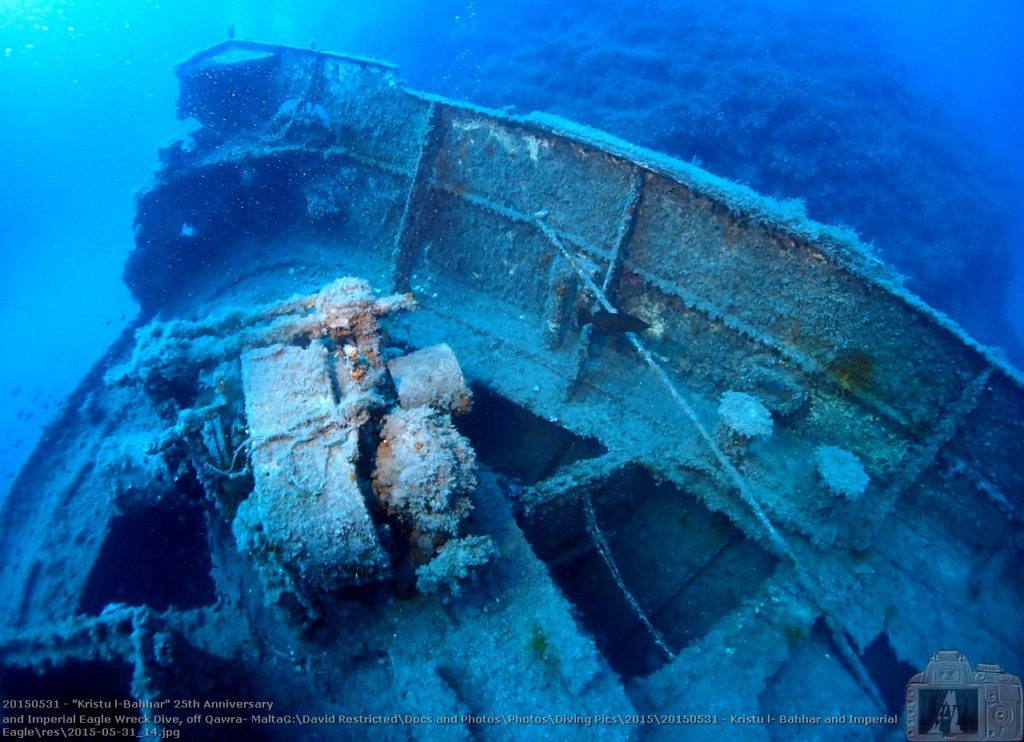 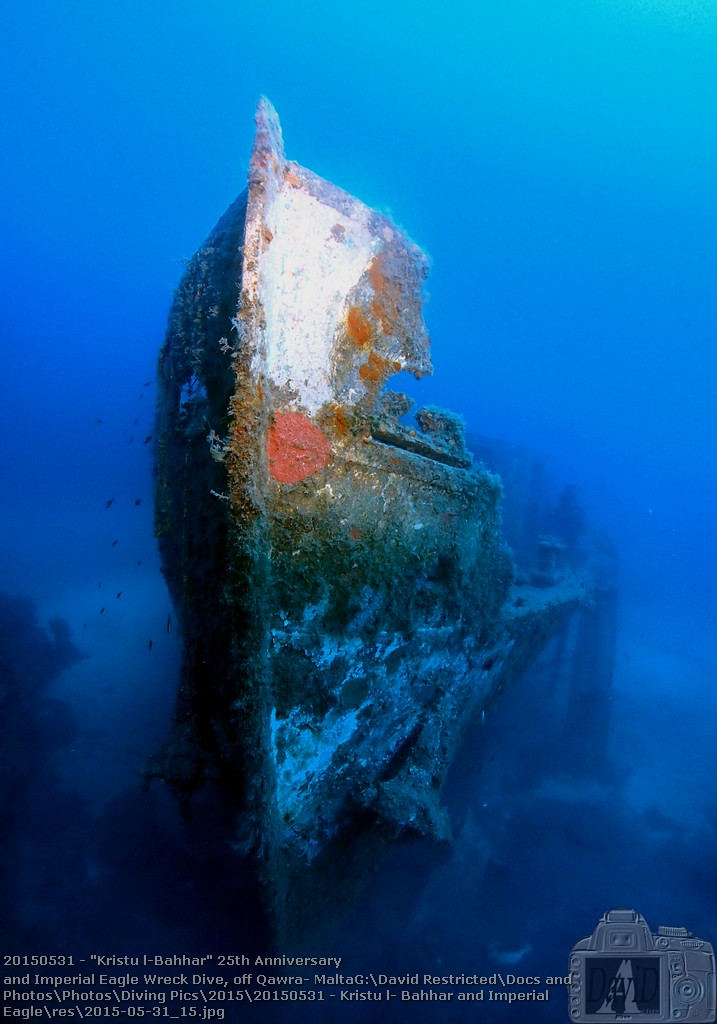 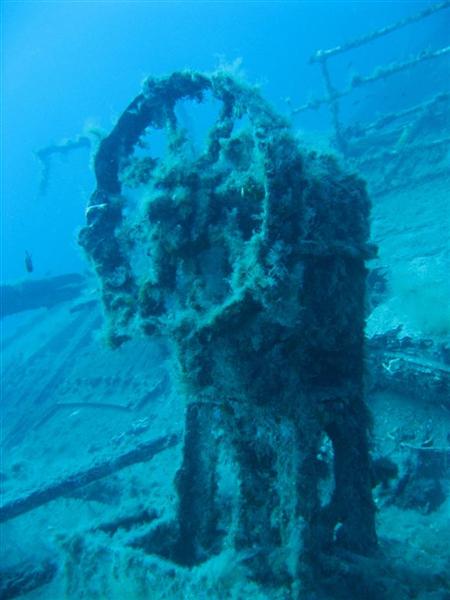