Wreck Statistics:
These tug boats are sheltered form the North West winds, making it a very popular dive site during the summer period. The lifting of the boats from the foul water in Marsa, the cleaning of the boats & preparations to tow these tugs to Zonqor Point followed by the scuttling operation was directed by Mr. Charles Cassar (Director for Cassar Group). Divers on the other hand prepared the tugs to make them diver friendly by removing all visible hazards to divers, such as the removing of all glass, doors, hatches and by clearing and opening up passage ways so that divers cannot get caught or get trapped should any diver decide to enter inside these small wrecks. All brass items of any value, were also removed, this was done so that divers who have a passion for removing these items from wrecks will not have any reason to overstay  and extend their dive time in trying to remove these trophies underwater.

Wreck History:
The St Michael wreck is a 'Tanac' type 20-metre long vessel, built in 1944 by a Canadian company and the smaller Number 10 wreck is a 'Melita' type 16-metre long vessel. Both served for many years  towing numerous ships around the Grand Harbour. Prior to their scuttling, the tugs, donated by the Cassar Group of Companies, were laid up at Jetties Wharf and subsequently sunk at their mooring, remaining partly submerged for many years. Anthony Cassar, managing director of the Cassar group, not only donated the vessels, but also offered to carry out the cleaning operation and eventual scuttling which was affected, once the Planning Authority gave the permission for the project to proceed. For the 2,500 local divers this was good news and certainly a big achievement. Charles Cassar, director of the Cassar Group, directed the scuttling operation.

These tug boats one a Tanac Type “St Michael” 20 metres in length built in 1944 by a Canadian Company & the other 16 metres long, Melita Type” number 10” saw  many years of service towing numerous other ships around Grand Harbour , they were laid up at Jetties Wharf  and subsequently sunk at their mooring. They have been partially submerged ever since for many years. By scuttling these vessels the result was threefold. 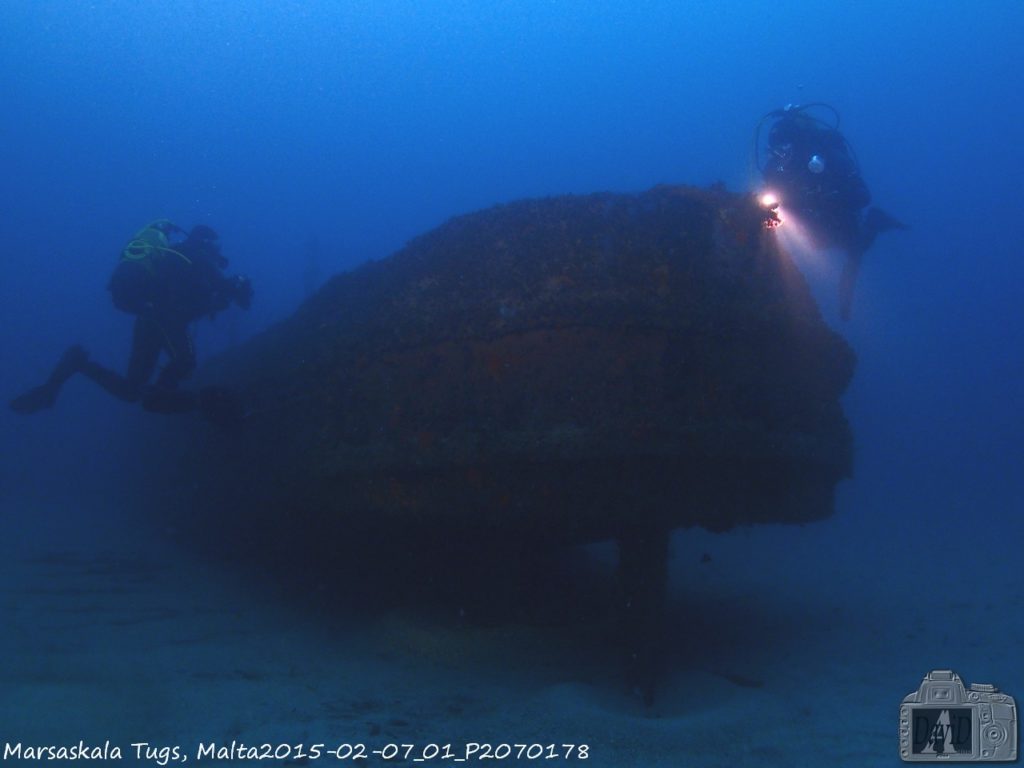 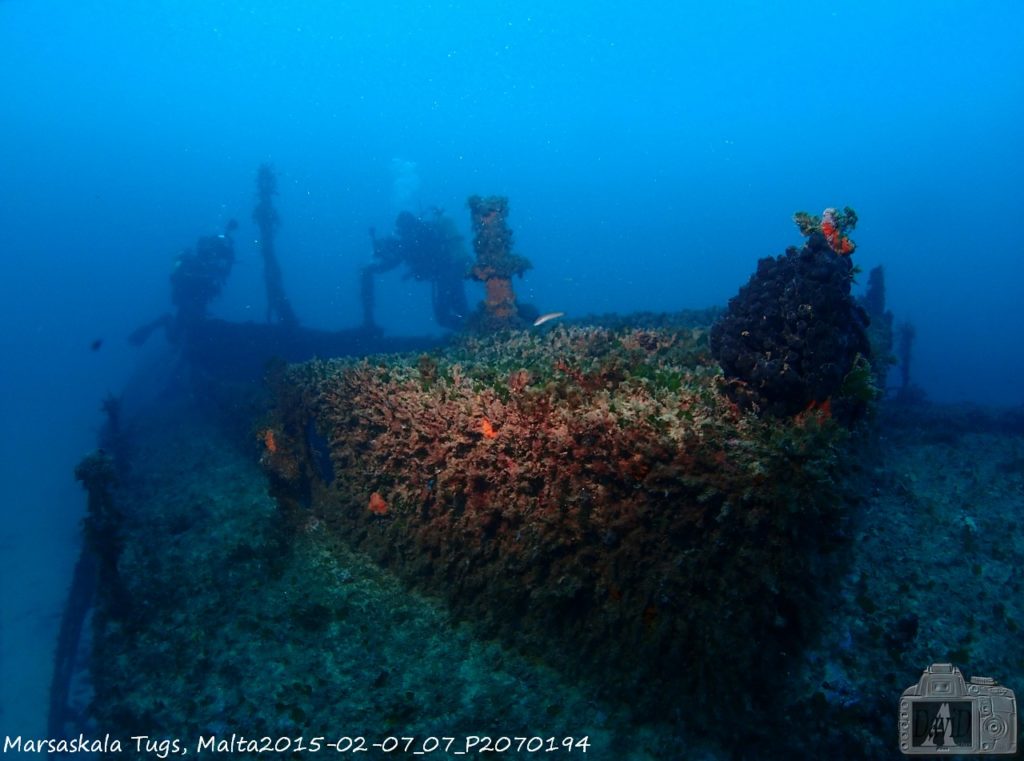 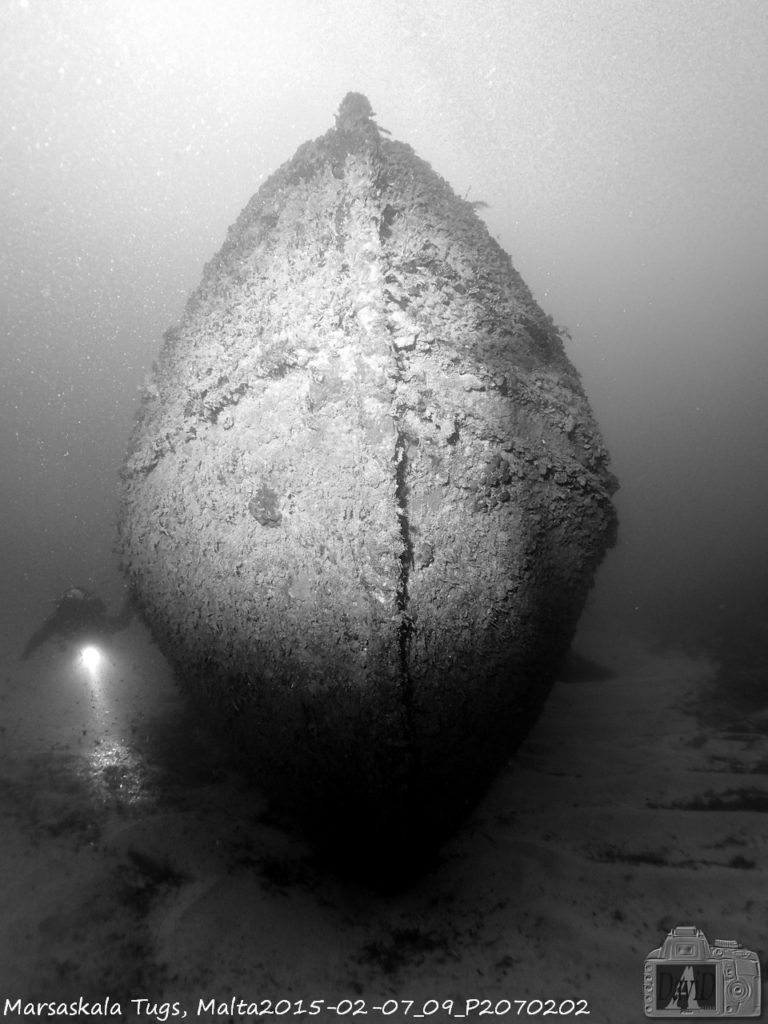 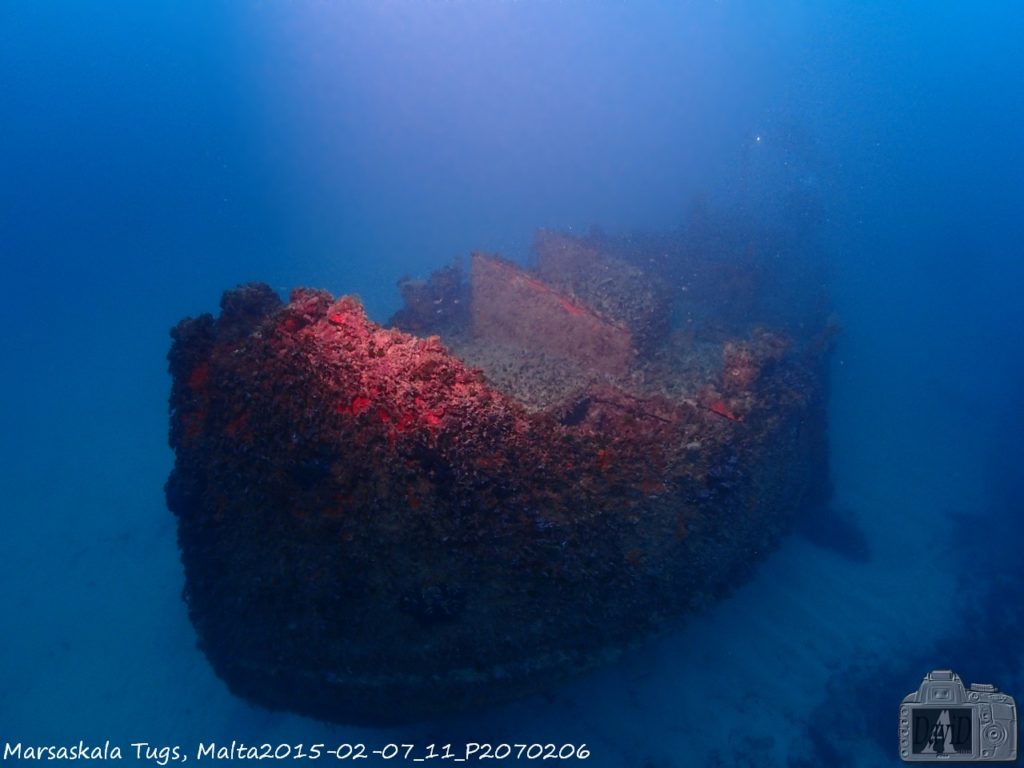 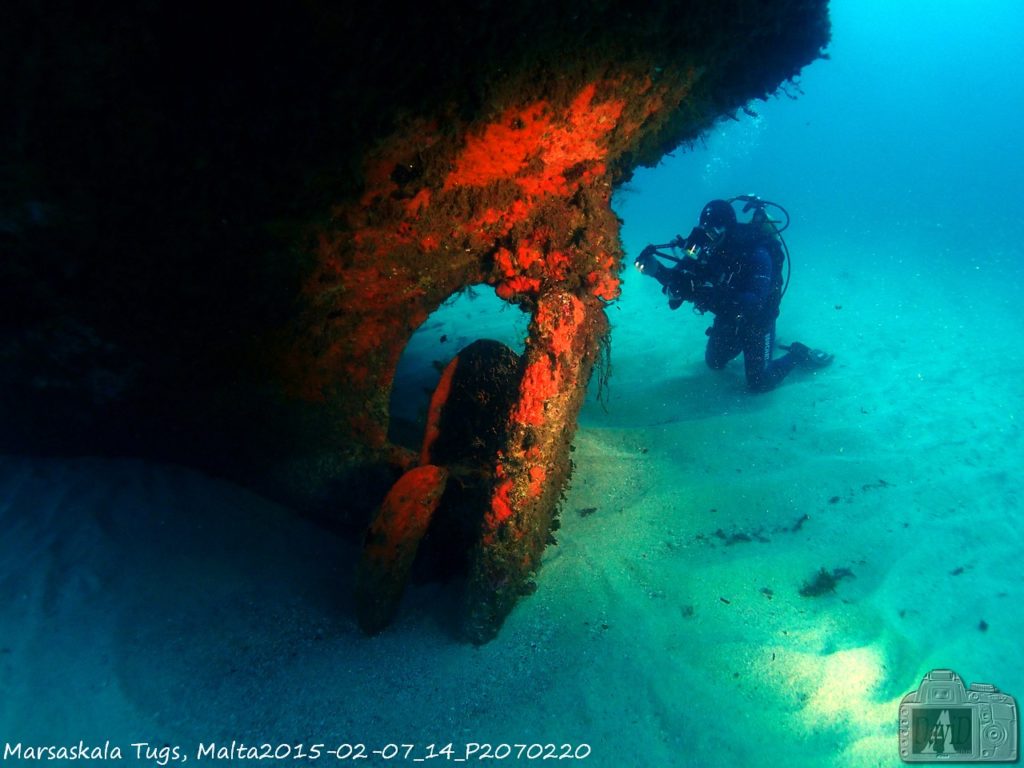 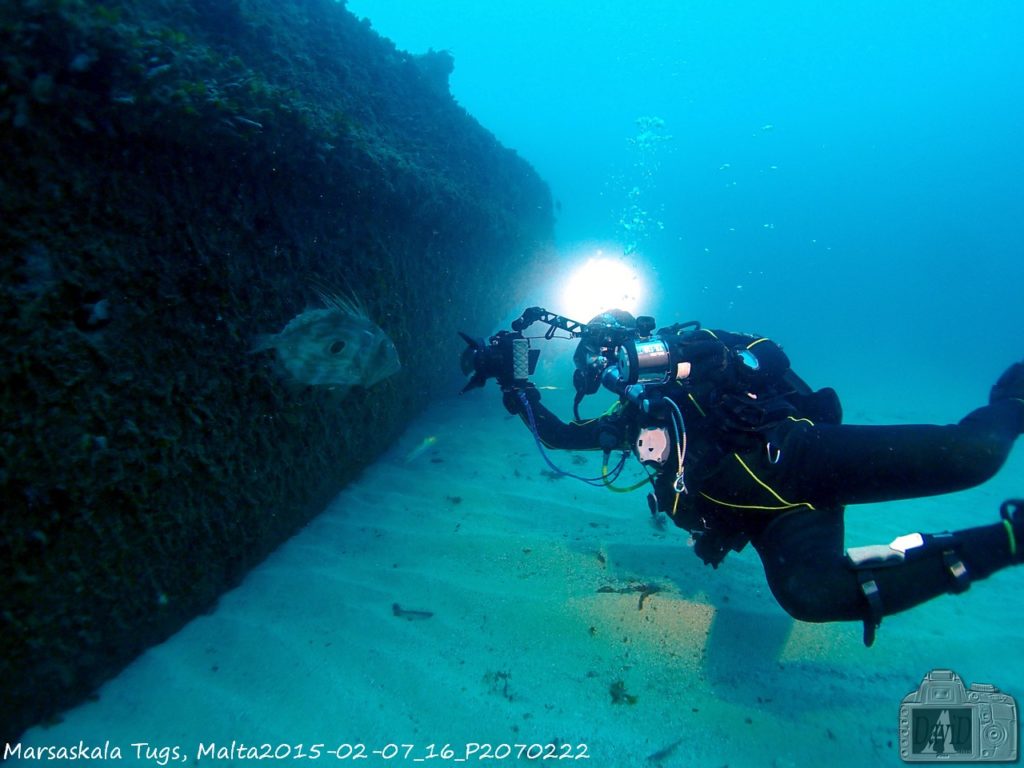 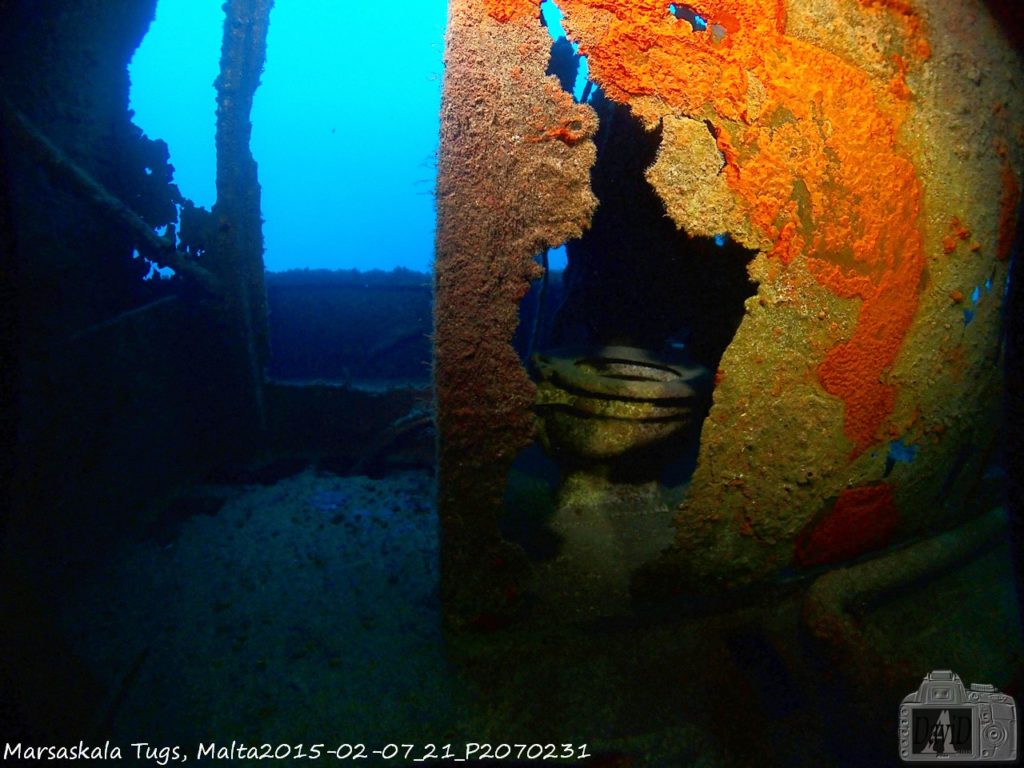 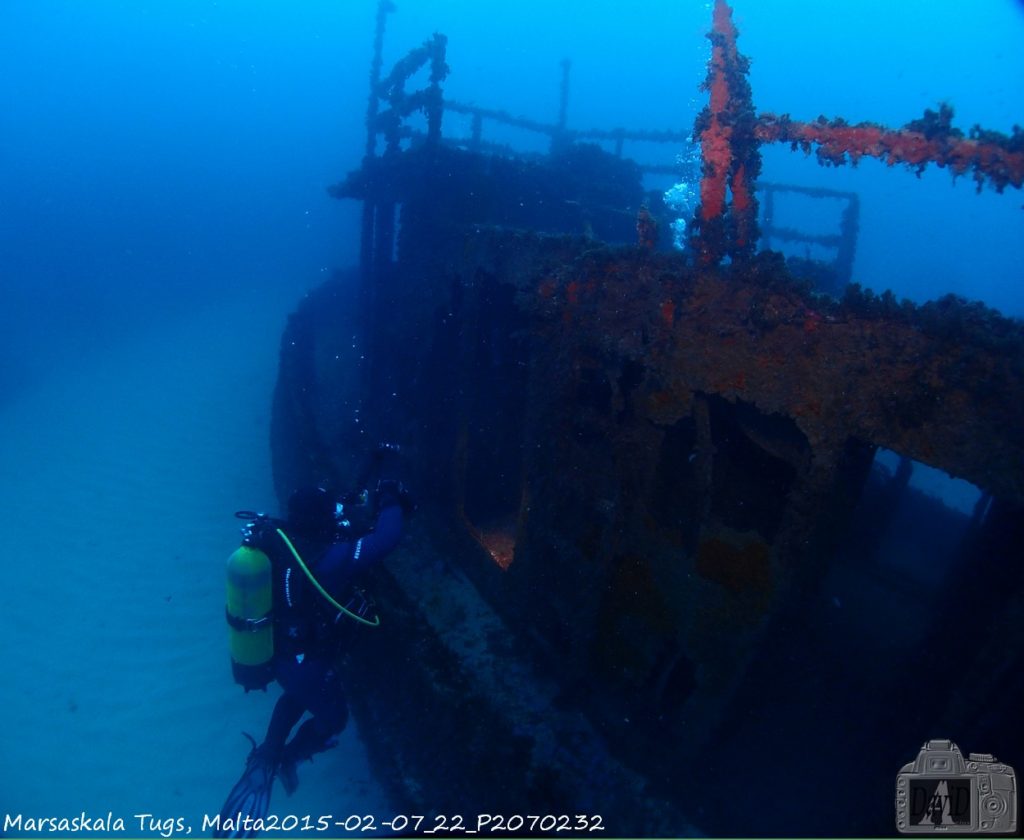 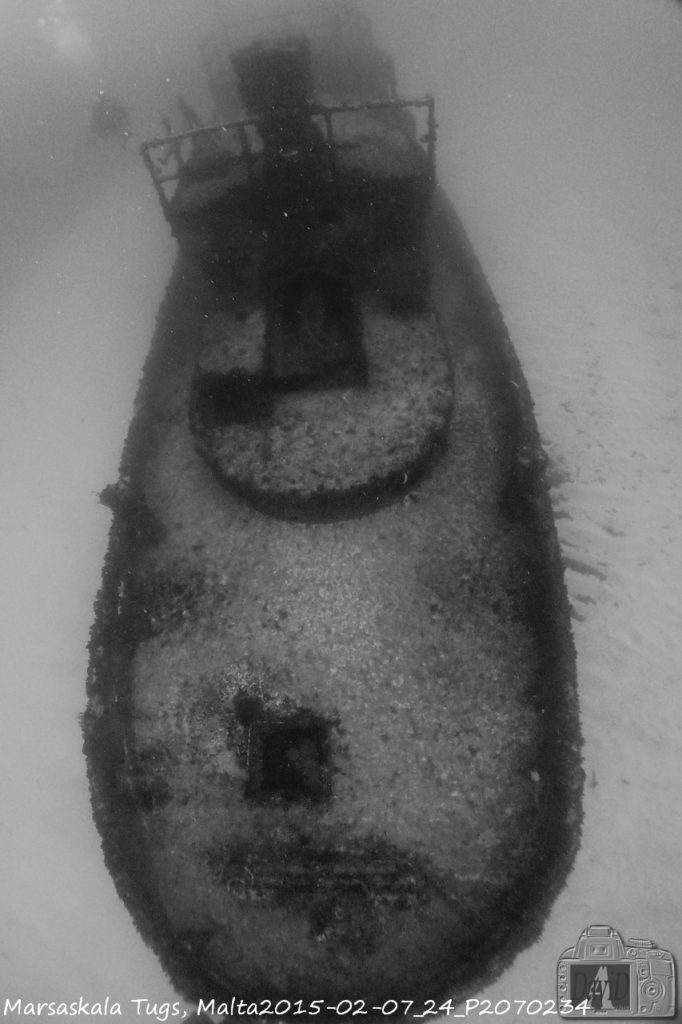 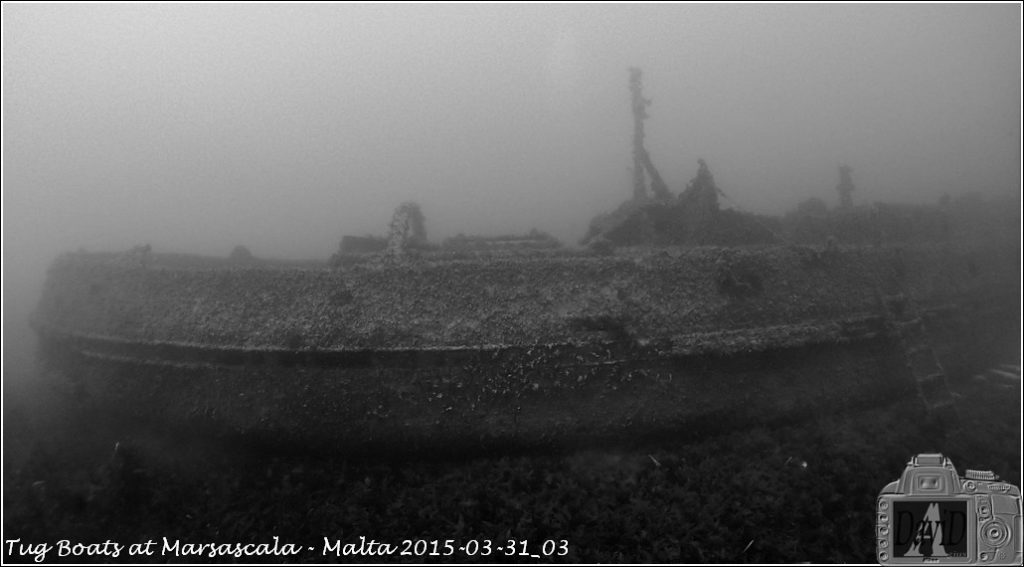 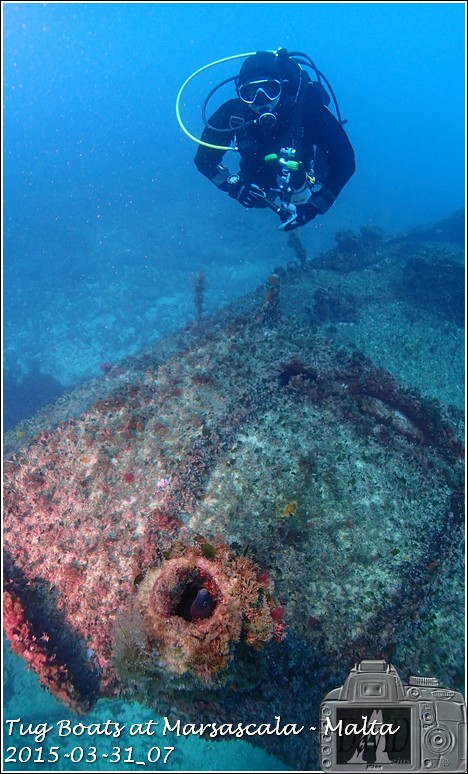 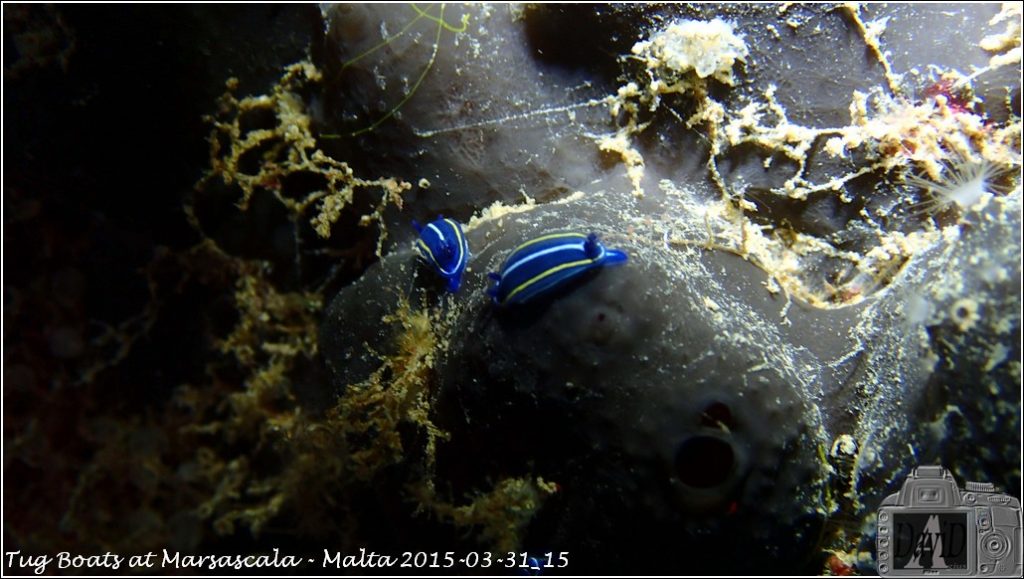 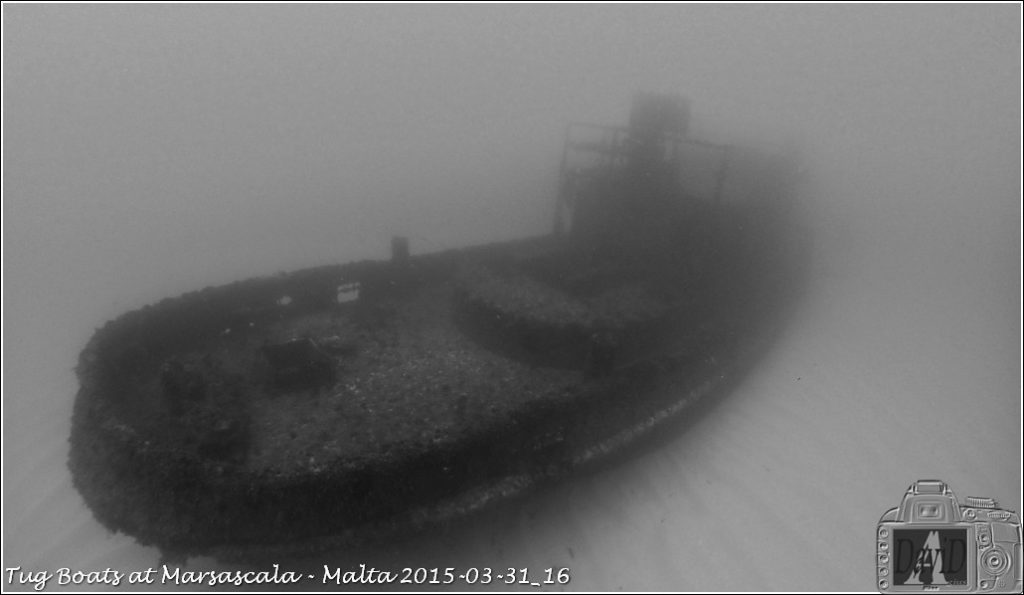 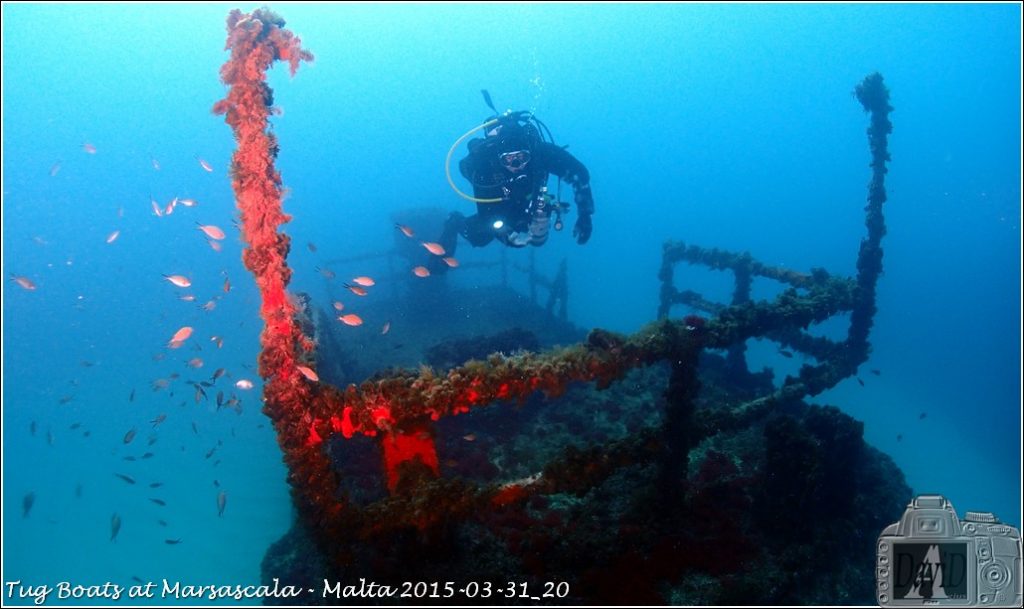 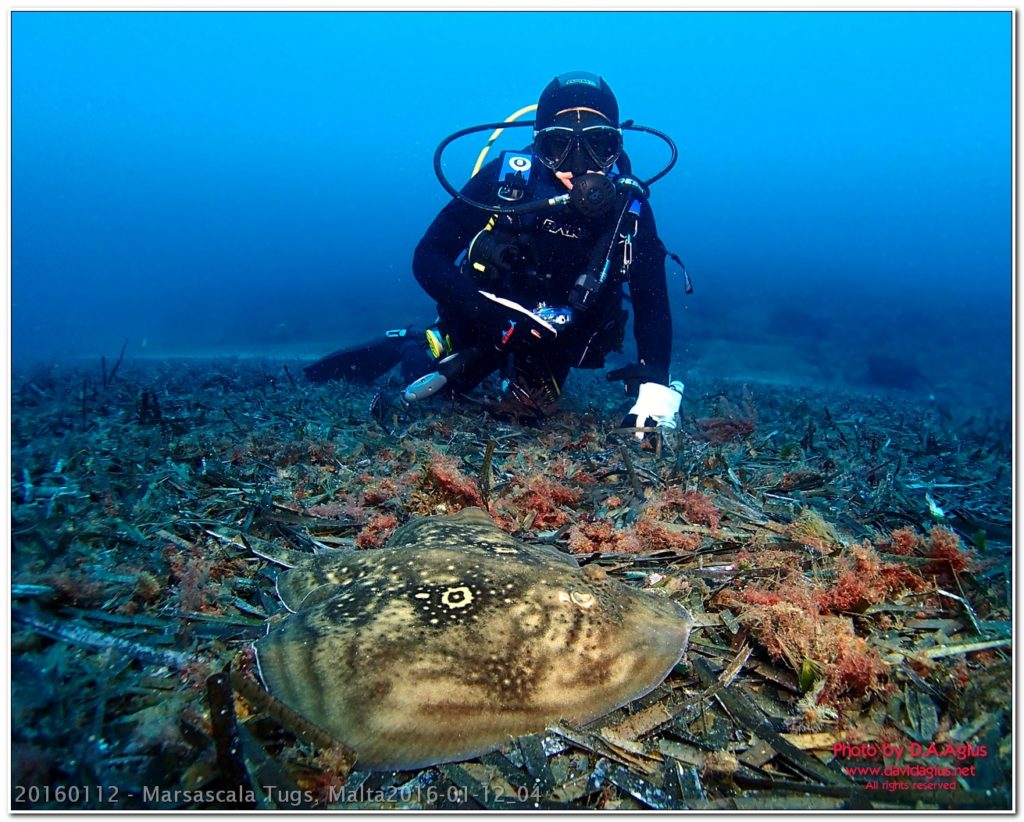 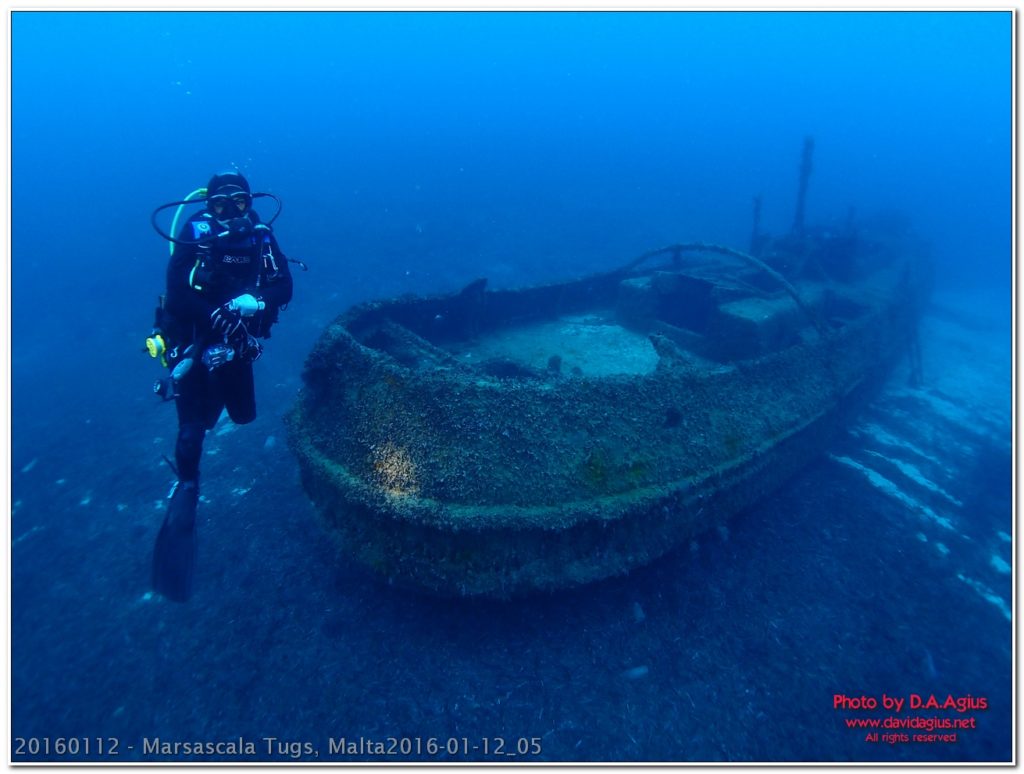 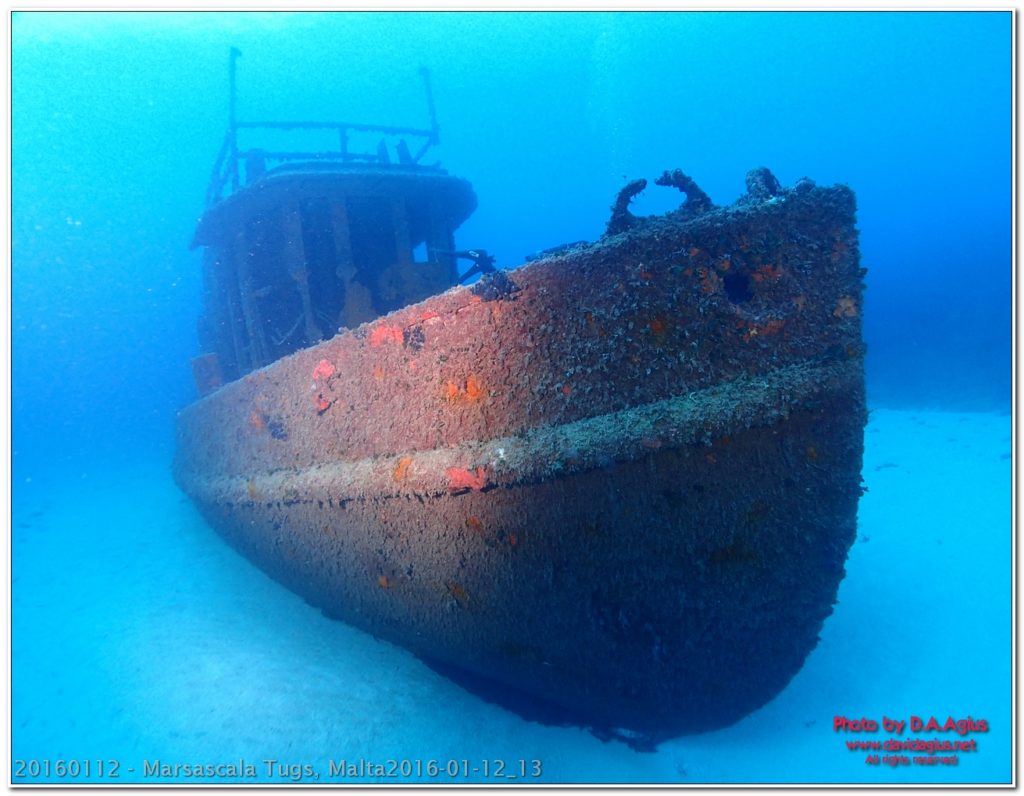 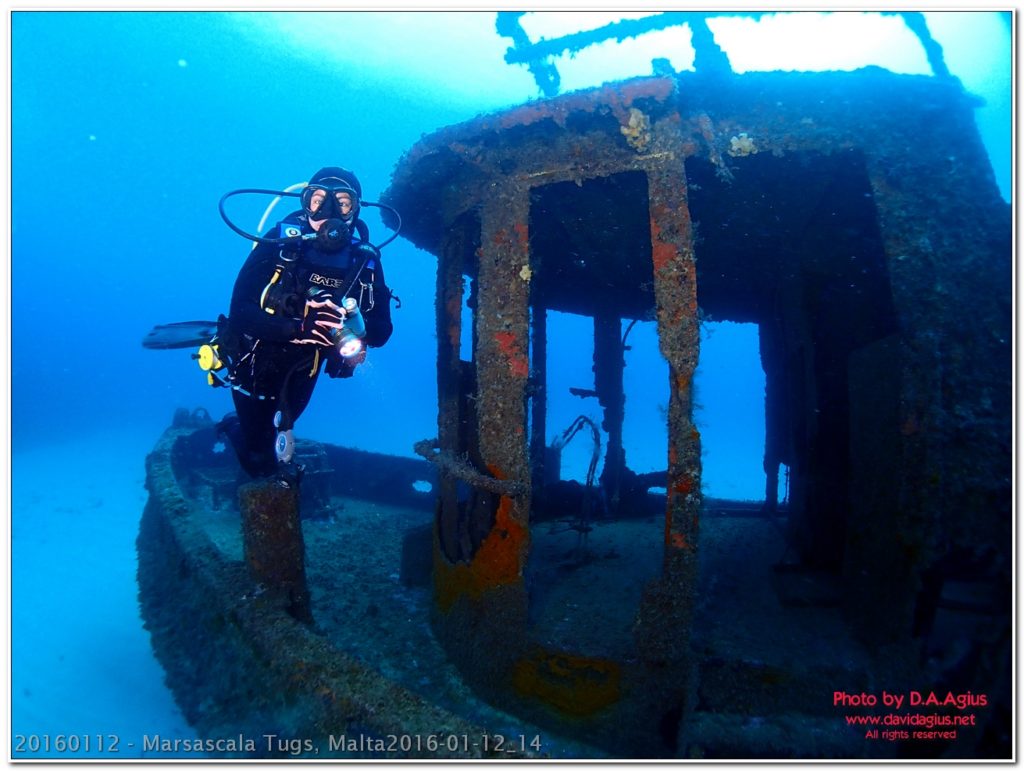 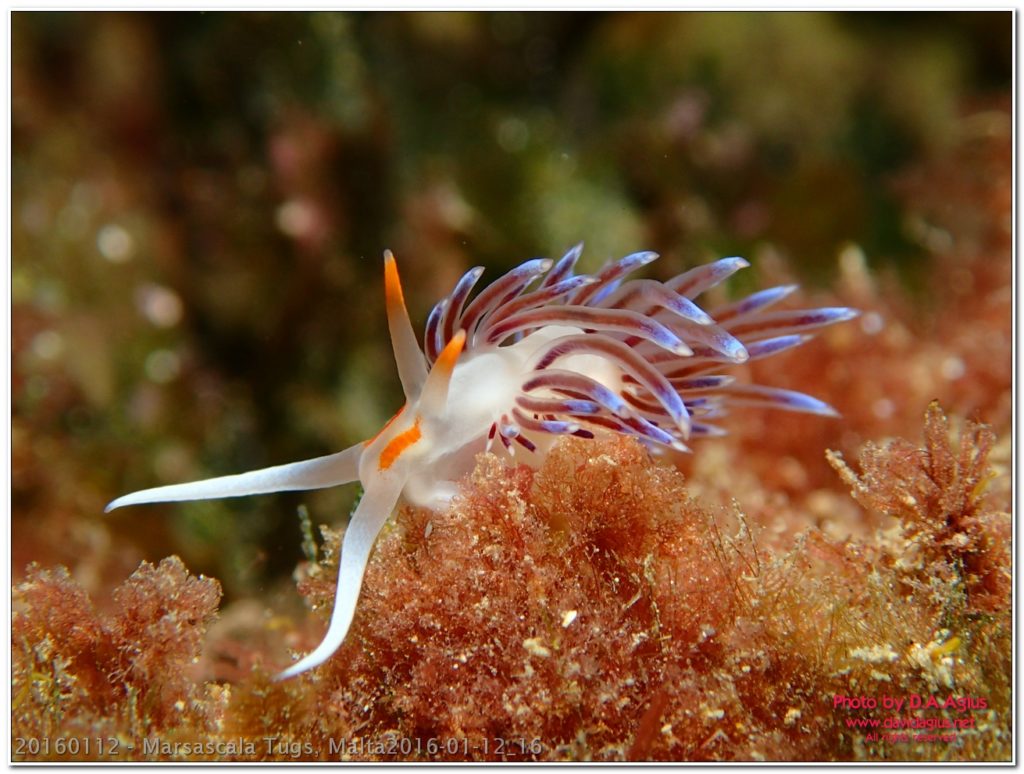 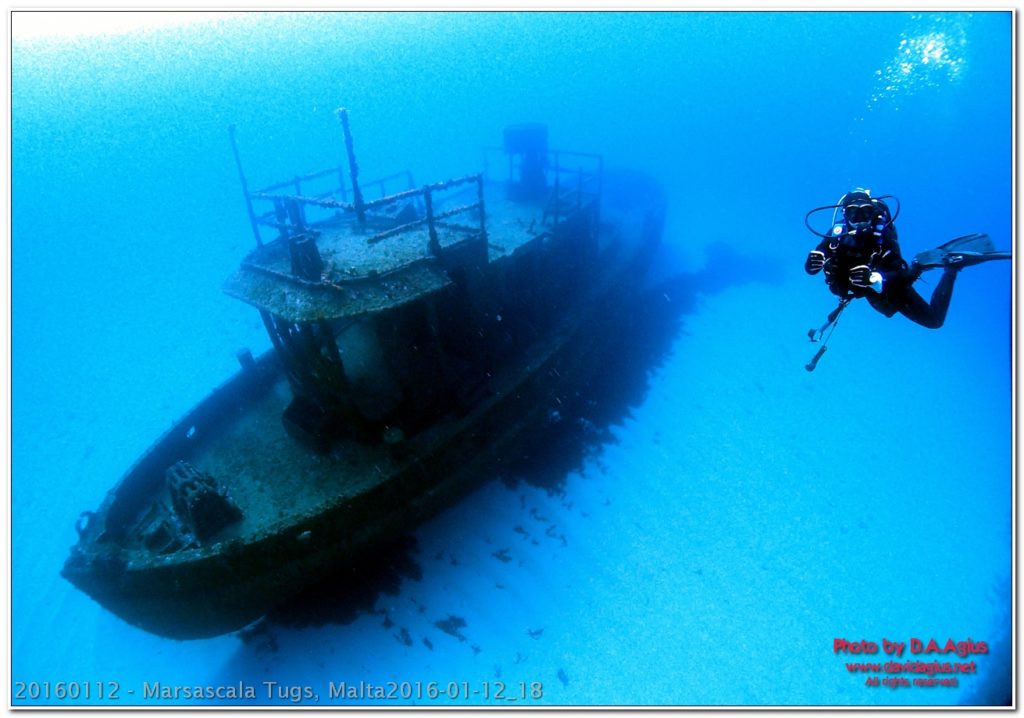 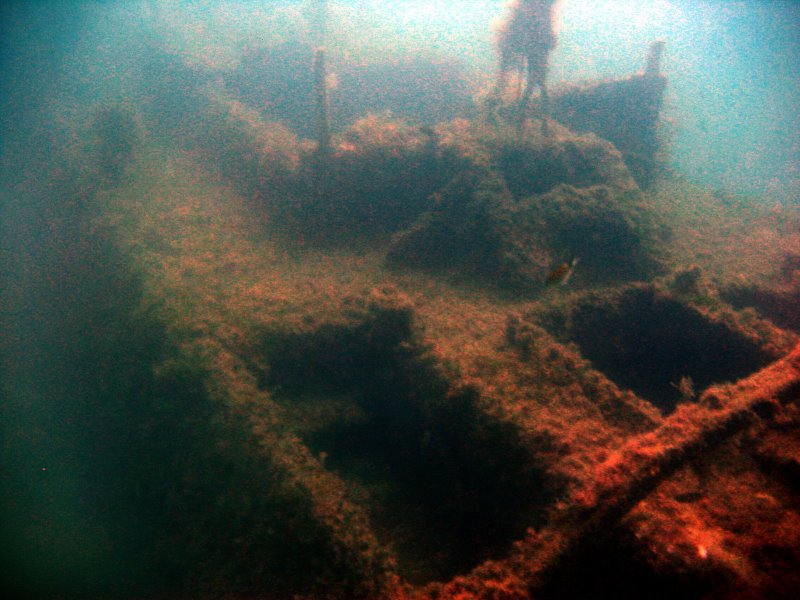 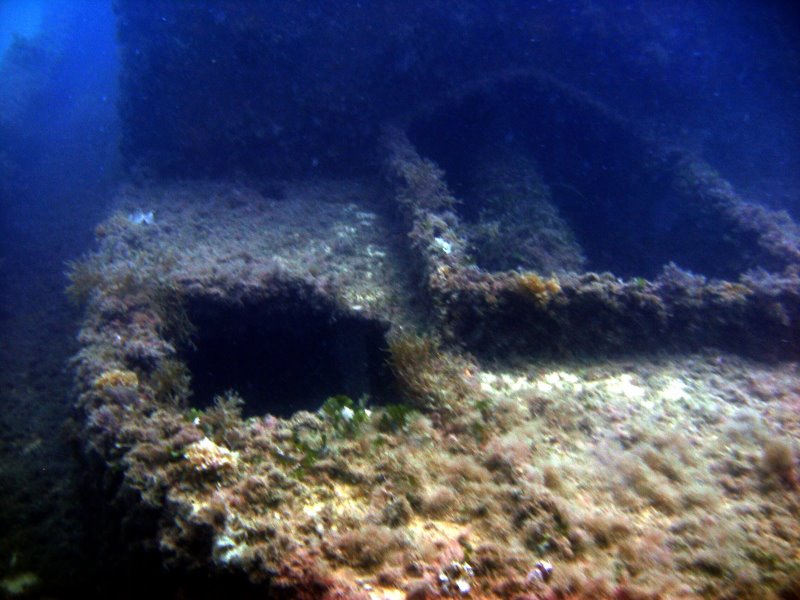 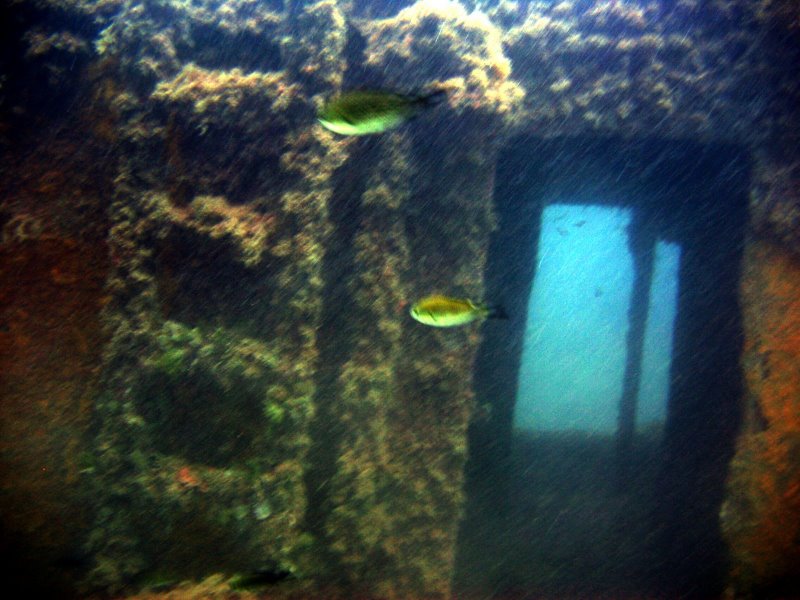 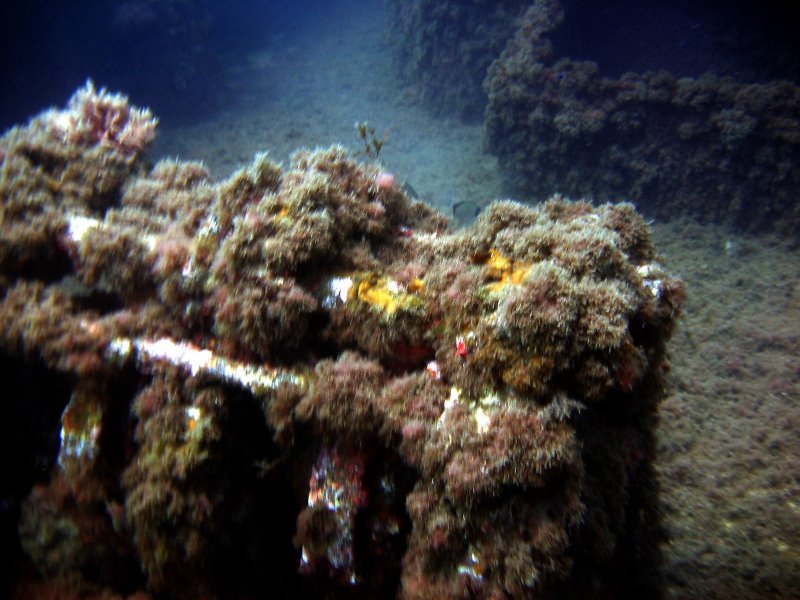 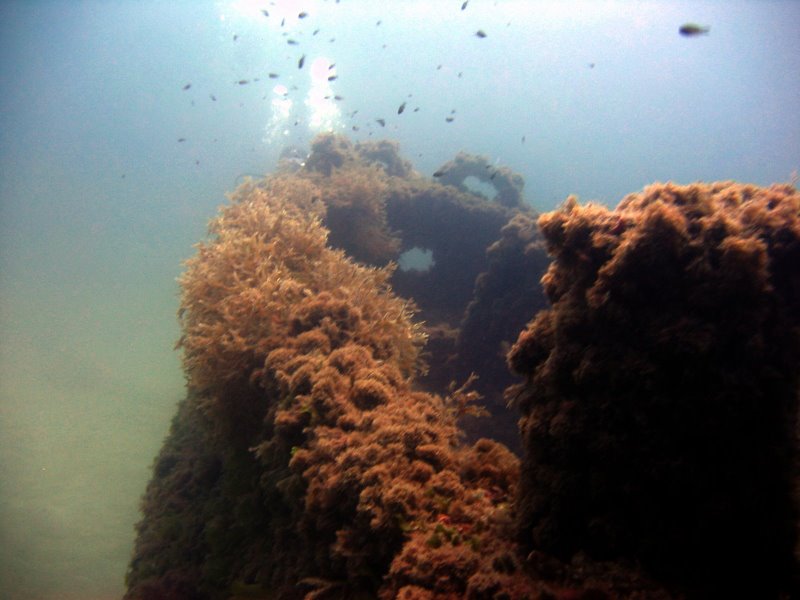